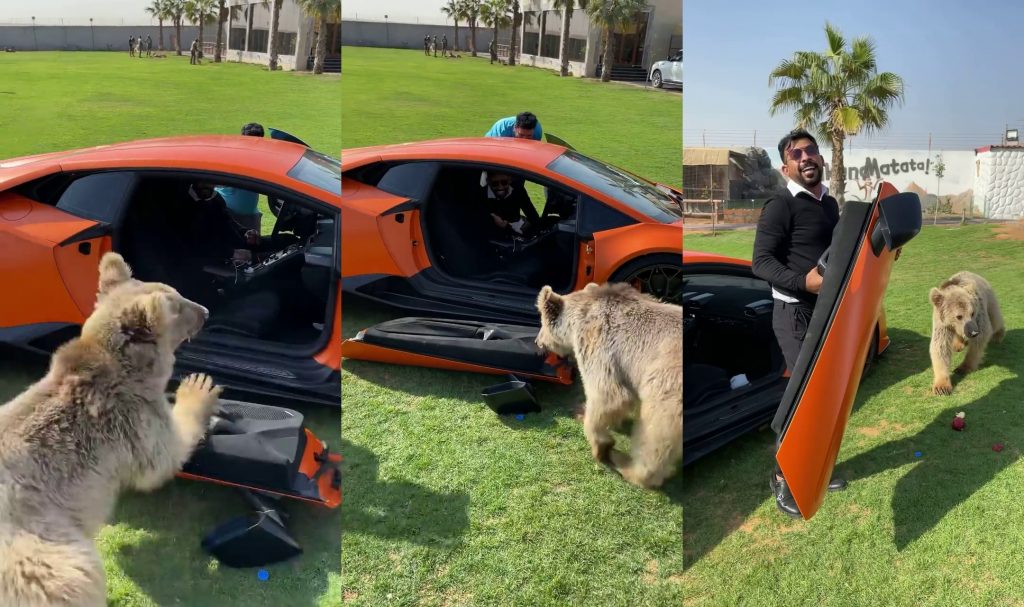 A new video from the United Arab Emirates shows a bear pulling the door completely off an orange Lamborghini Huracán Performante.

Sure it seems odd trying to feed a bear through the window of your Italian supercar but that is a rather young bear and should not be able to pull the door clean off an expensive exotic supercar so easily.

Maybe it was weakened to make the video more viral but either way, the owner is not even remotely phased about it and laughs it off calling the bear back to feed it the apple it was after in the first place.

The owner is Arab Sheikh Humaid Abdulla Albuqaish, an investor and supercar collector from Dubai who owns several unconventional pets including tigers, lions, hyenas, and snakes. Take a look at his Instagram profile and you will find a handful of videos showing his ‘wild’ animals interacting with some of his cars.

He has been criticized for keeping these animals in captivity but he claims he cares for them and are treated extremely well in a climate-controlled private zoo connected to his mansion.