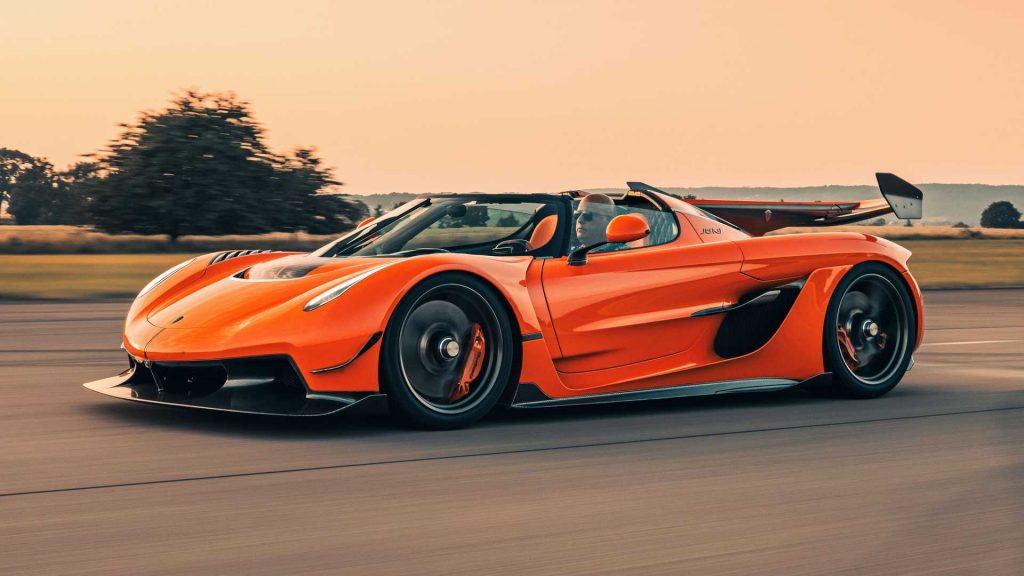 The Koenigsegg Jesko named after Christian von Koenigsegg’s father has entered production and with a starting price of $2.85 million, you know it is something special.

They have fitted the Jesko with a revised version of the company’s twin-turbo 5.0-litre V8, where they have managed to reduce the powertrain inertia, creating one of the fastest accelerating engines in the world.

The boss himself recently shared a new video (seen below) to show off just how impressive the V8 is. Thanks to the lightweight engine components as well as the new Light Speed Transmission, which lacks a traditional flywheel and clutch, it can redline from idle in 231 milliseconds.

Christian claims it’s one of the fastest accelerating engines he’s ever seen. The low-inertia engine makes up to 1,600 horses (1,193 kW) and 1,500 Nm (1,106 lb-ft) of torque. The revised engine received a new 180-degree flat-plane crankshaft, larger turbochargers, and a tweaked intake.

They are planning to build 125 examples of the Jesko with some of them being the Absolut model. This model is expected to break the 300 mph (482 km/h) barrier, which will be the fastest model Koenigsegg ever builds.

Electric Koenigsegg’s are also not far around the corner but thankfully the combustion engine will not be going quietly into the night.