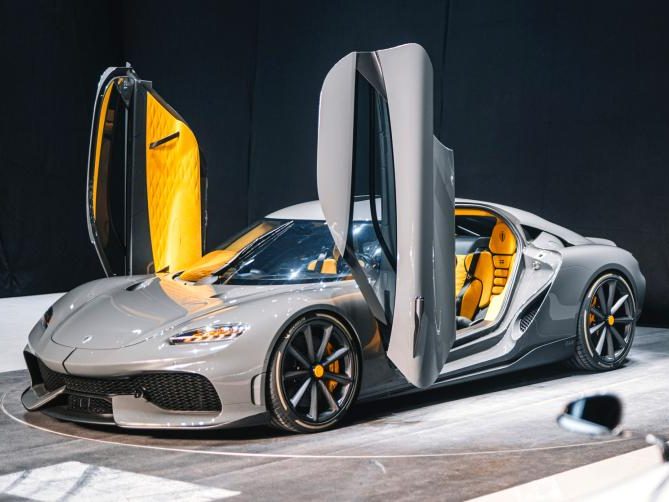 Local car collector The Drive Chronicle recently gave the petrolheads in South Africa some great news after confirming that they have received an allocation for the four-seat ‘Mega GT’ we know as the Koenigsegg Gemera.

They will be getting unit 33 of the 300 unit production run and we are expecting it in South Africa in 2023 with a pre-duties price of €1.6 million. If we were to hazard a guess, it will land in South Africa for around R50 million depending on the final spec. Local agent Daytona will be handling the transaction.

The team will be travelling to Sweden in the coming months to document the factory visit as well as the spec they decide on.

As a reminder, the Koenigsegg Gemera seats four large adults comfortably with space for carry-on luggage. Despite being a four-seater, the Gemera easily outperforms most two-seat mega cars, both combustion and electric.

The Gemera comes with an evocative and deep-throated growl from its large displacement Freevalve 3-cylinder engine.

The Gemera yields a combined power output of 1,700 hp or 1.27 MW. The three electric motors – one for each rear wheel and one on the crankshaft of the engine – have a combined output of 800 kW or 1100 hp simultaneously, or 1400 hp when counted individually. On top comes 600 hp and 600 Nm from the 2-litre 3-cylinder dry-sumped twin-turbo Freevalve engine, named the Tiny Friendly Giant (or TFG for short).