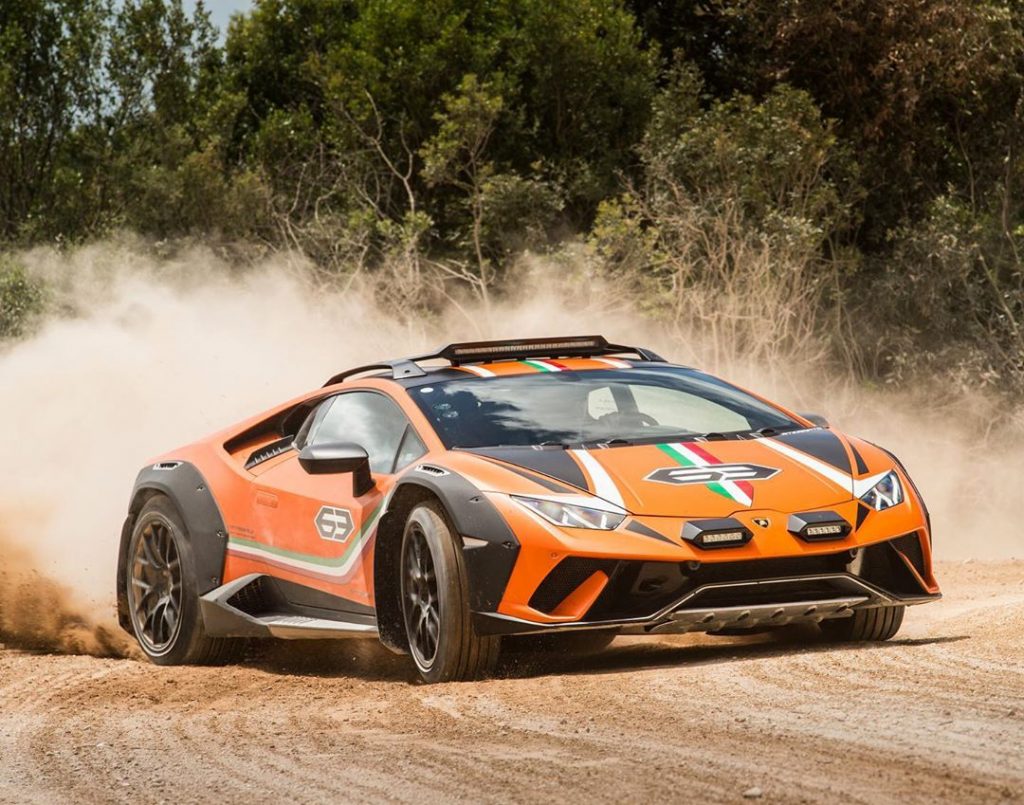 Lamborghini revealed the STO as the most hardcore offering in the Huracán range but by the sounds of things, they are not finished as bosses hinted at more special-edition variants on the way.

While talking to Australian media, Chief technical officer Maurizio Reggiani hinted that something radically different to the track-focused STO was in the pipeline.

“We are full of ideas … and we will never give up in order to see what the potential [that] this fantastic base of the Huracán – with the V10 naturally-aspirated [engine], and a chassis that is one of the best in terms of performance – can … have in the future”, said Reggiani.

“This is a question mark that I leave to you, but I think we will see soon something different.”

So what could this something different be? Well, Drive recently uncovered some European trademark filings for Huracán Sterrato and Huracán Tecnica variants – the former hinting to a production version of 2018’s Huracan Sterrato concept, an off-road-ready, high-riding version of the all-wheel-drive supercar.

After the Sterrato concept was revealed, there was talk about putting into a limited production run with heavy use of 3D-printed components to make it financially viable.

A production Sterrato would represent one end of the Huracán model spectrum, contrasting the limited-run, track-focused STO.

What the Huracán Tecnica could bring is not currently known but it would not be the first time a V10 has been given this name as there was a Gallardo Tecnica. This variant added a rear wing, carbon-ceramic brakes and new colours to the Gallardo. This could quite easily happen with the Huracán in a very short period of time as the ‘upgrades’ already sit in their parts bin.

“The follower of the Huracán has already been announced a plug-in hybrid version, as the entire model range will go plug-in hybrid in 2023 and 2024; the Huracán follower in 2024. As you can do the math yourself there is still some time to enjoy the current Huracan, and [its] versions,” Lamborghini communications boss Tim Bravo.

The current Huracán has just less than three years left so we can certainly expect a thing or two from the Sant’Agata Bolognese manufacturer.