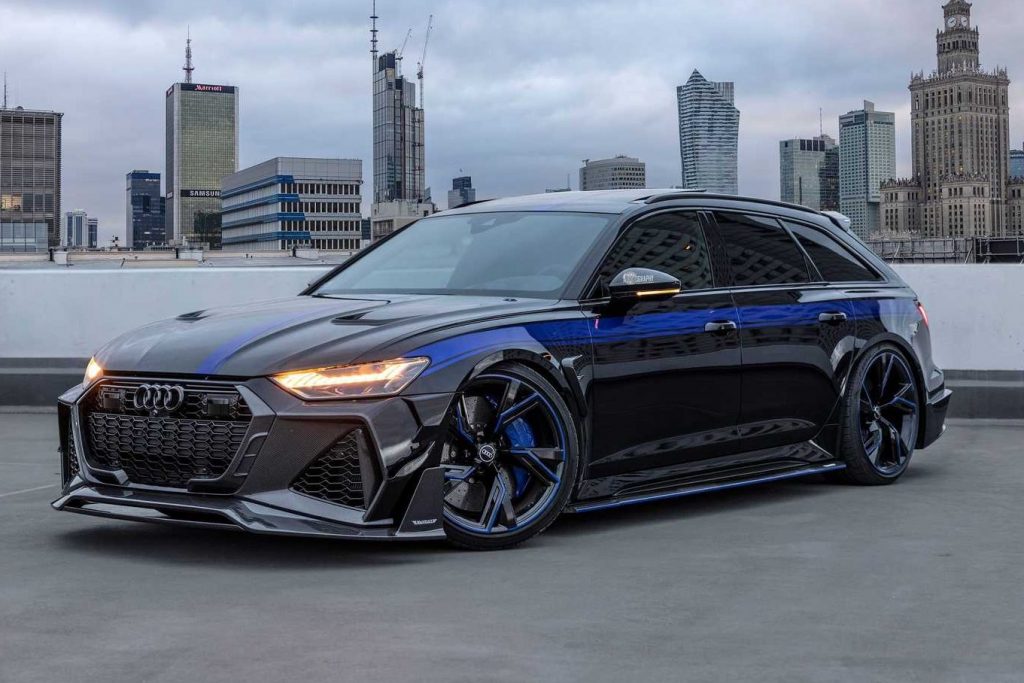 Big tuners rarely collaborate these days but MTM and Mansory decided to team up to create one very unique Audi RS 6 Avant.

The wagon from Ingolstadt has been treated to a very extreme makeover consisting of the outlandish body kit from Mansory and some tuning from MTM.

Cosmetically the menacing looks are thanks to some huge 22-inch wheels, dual hood scoops, dual spoilers at the rear, huge quad exhausts and a prominent front spoiler. The predominantly black look is nicely complemented by blue accents noticeable not just on the body, but also on the wheels and those huge brake calipers.

Who said wagons were boring? This one certainly is not but don’t expect to see it soon as it is just 1 of 1 in the world.