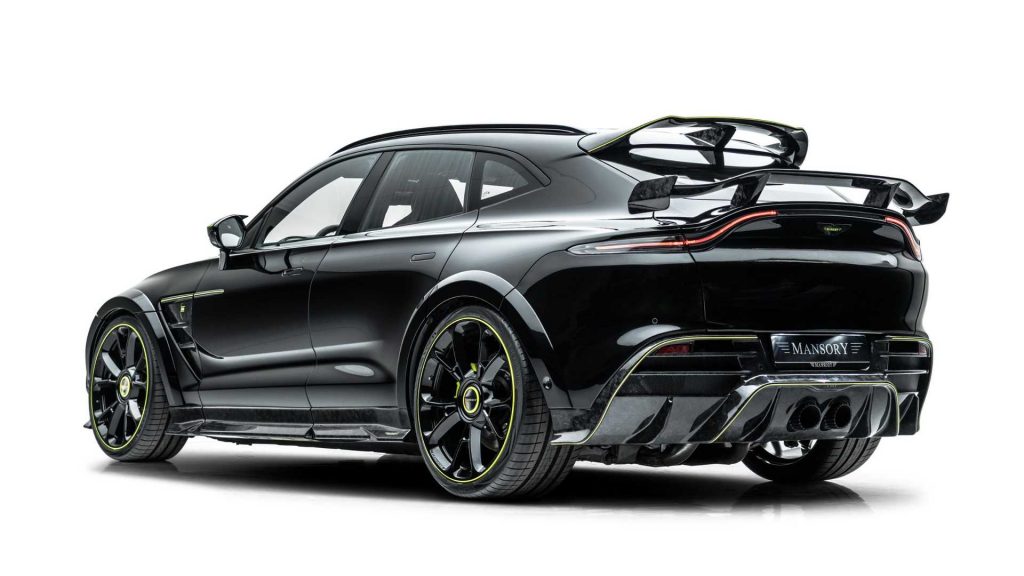 In recent times, Mansory has shown some sort of restraint in keeping things slightly more subtle but it seems they have reverted back to their wild side with their package for the Aston Martin DBX.

The Aston SUV already looks low-slung but Mansory has made it look even lower thanks to a huge set of 24-inch wheels which have been optimized to help vent the brake system. The lowered look is combined with a cosmetic overhaul giving the DBX new, bold front and rear fascias and several new carbon-fibre components.

Sure the widebody kit makes a bold statement but the dual spoiler offering at the rear is the wildest part of the package. Both are carbon fibre, though one is located on the roof while the other is located lower on the tailgate. They’re functional, too, working alongside the new rear diffuser to improve its on-track performance.

As usual, this Mansory creation makes a statement and that is what they are about. At least they will not get sued for this one as Aston Martin has not revealed a hotter “FXX K type” version of the DBX.

Aston Martin Mansory
Share. Facebook Email Twitter LinkedIn WhatsApp Telegram
Previous ArticleBMW Sticking To Inline-Six and V8 For Their M Cars Until 2030 At Least
Next Article Looking for a Limousine Service? Here are Some Hiring Tips