Ferrari Enzo Crashed and Badly Damaged In The Netherlands 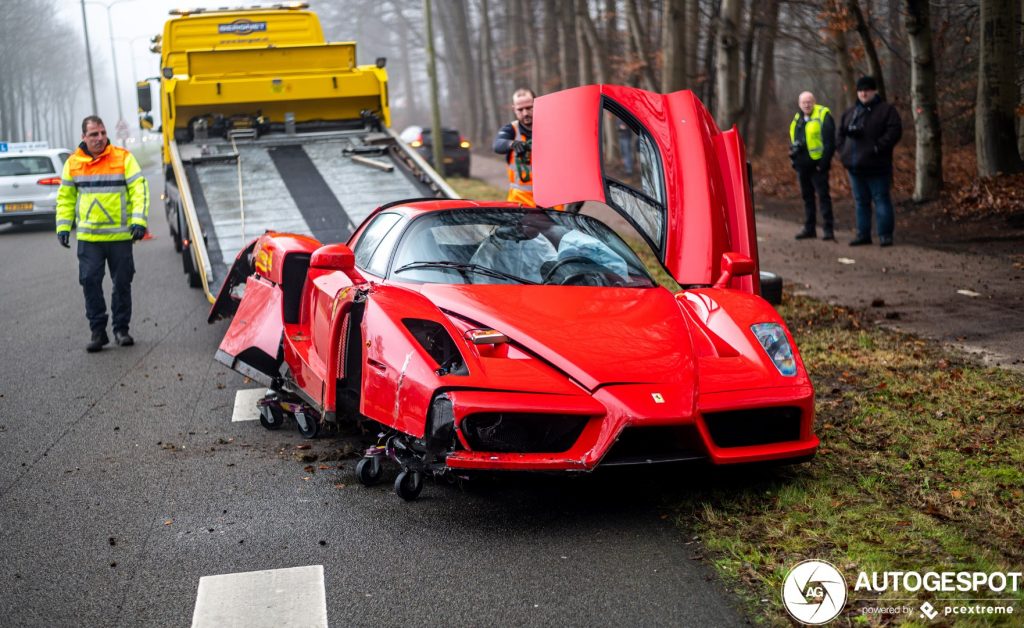 As far as modern-day supercars go, there is no denying that the Ferrari Enzo is one of the most important. From its F1-inspired nose to its naturally aspirated 6.0-litre V12, everything about this Italian hypercar is built to perform.

Last year an ultra-low mileage 2003 example sold for a massive $3.8 million (approx R60 million) so when there is an incident involving one, it will certainly grab attention.

The Enzo you see here has suffered extensive damage after crashing in Baarn, Netherlands.

According to De Telegraaf, the Ferrari collided with a tree before coming to rest on the side of the road. They reported that the driver was injured so let’s hope it was not too serious and he/she makes a full recovery.

The weather in the images does not look ideal to be driving around a supercar with 651 hp (485 kW) sent to the rear wheels so it might have simply broken traction and veered off the road.

Autogespot.nl is reporting that the driver of the car was a mechanic and that is plausible considering the covers on the seats and no number plate fitted.

As you can see in the images, the Enzo has been badly damaged with a host of body panels smashed and broken as well as both wheels on the right side being ripped from the chassis. The airbags have also deployed which usually means it will be scrapped but a vehicle this special will more than likely visit the right repair shop and be restored to its former glory. Well, at least we hope it will.