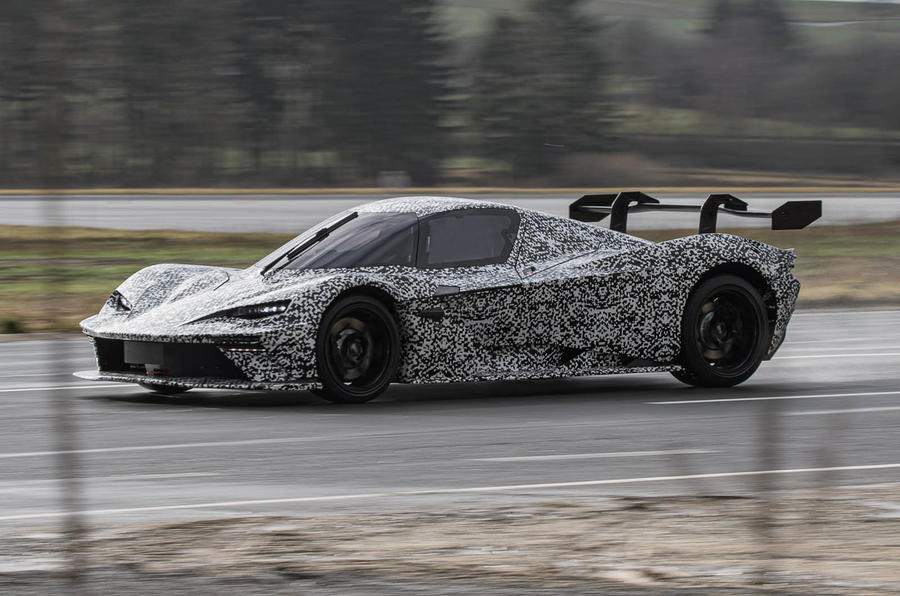 Austrian race car and motorbike manufacturer KTM is developing a road-legal version of its X-Bow GT2 which would be their second road car, joining its open-roof X-Bow sibling, which has been sold in various forms since 2008.

Autocar is reporting that the road-legal version will be offered in limited numbers sharing the Audi RS3-sourced five-cylinder engine with its track-only siblings.

The same carbon fibre monocoque chassis will be used which weighs just 80 kg and the overall design will be very close to the GTX and GT2 racers.

As mentioned, the grunt will come from the 2.5-litre five-cylinder from the Audi RS3 which is boosted to 600 hp (447 kW) when fitted to the GT2 version. KTM has yet to confirm whether the road-going engine will be tuned to the same specification as the race unit.

This power will be transmitted to the rear wheels through a seven-speed sequential gearbox with the help of the limited-slip differential.

KTM will release further details closer to the X-Bow GT2 road car’s launch. The company told Autocar that it remains committed to a 100-car maximum output per year and that each X-Bow GT2 will be a highly bespoke commission according to its customer’s needs.