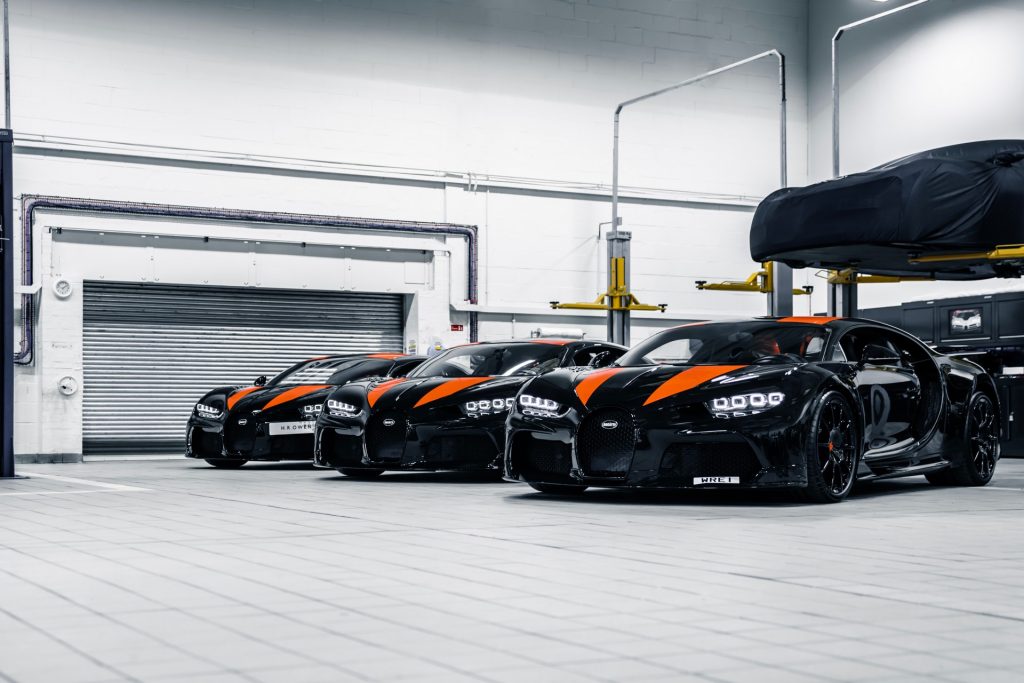 Bugatti will only be building 30 examples of the Chiron Super Sport 300+ and the Bugatti dealer in London, H.R. Owen has just delivered three of them.

As you can see, the Chiron Super Sport 300+ has very little scope for personalization and all 30 examples will be finished in the same spec as seen here.

When the Chiron Super Sport 300+ first made headlines back in 2019, Bugatti established an entirely new standard of performance by blasting through the seemingly unbreakable 300 mph barrier. Surpassing the threshold at a speed of 304.773 mph (490.484 km/h), setting a new world record.

Shortly after, to mark the 110th anniversary of the French luxury marque, it was announced that 30 units of the Chiron Super Sport 300+ would be built at Bugatti’s Atelier in Molsheim.

Bugatti engineers also developed a new thermal management system for the hyper sports car’s engine and gearbox, ensuring all remain cool even when travelling at the automobile’s top speed.

“The Chiron Super Sport 300+ will forever remain a cornerstone of our marque’s illustrious history as it elevated automotive performance to levels that were once thought to be unreachable,” comments Christophe Piochon, Managing Director of Production and Logistics.