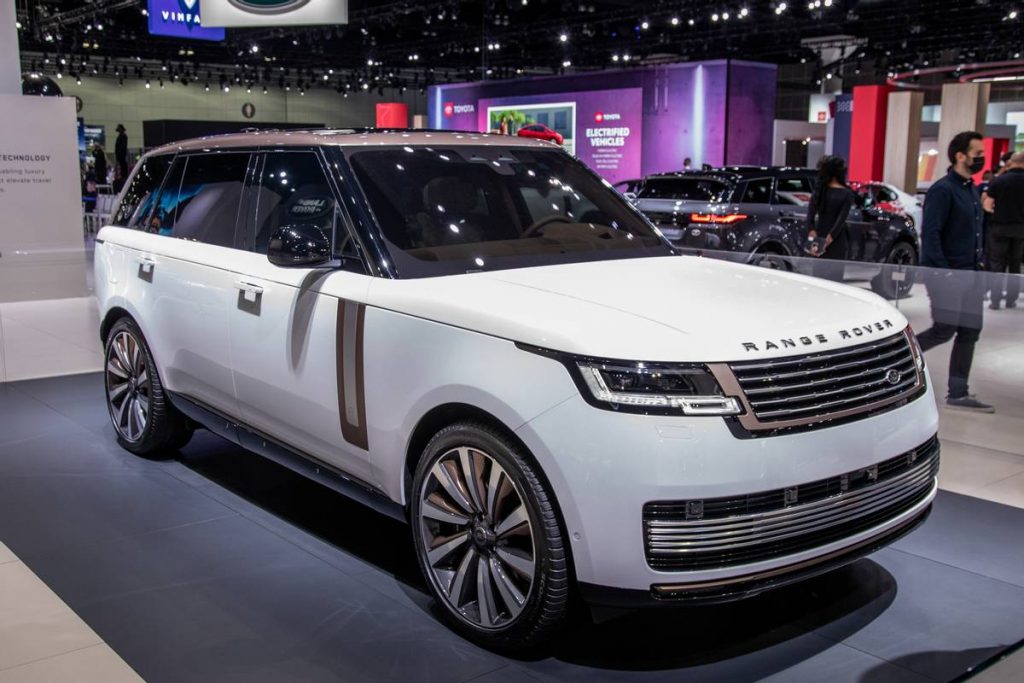 Land Rover will be launching the fifth-generation Range Rover in the very near future so now, the focus is on the 2023 Range Rover Sport which has actually become one of the company’s best-selling cars.

It is due to launch around a year after the regular offering and promises to be quite the package.

Now that we know about the powertrain-sharing agreement between JLR and BMW we can assume that the potent Range Rover Sport SVR will lose its furious supercharged V8 for the BMW-developed, twin-turbocharged 4.4-litre V8. Not only does it mean the SUV will pack more punch but it also paves the way for a highly potent plug-in hybrid drivetrain option.

The current SVR delivers 567 hp (423 kW) from the 5.0-litre supercharged V8 but as stricter Euro 7 emission legislation arrives, production of this unit will dissipate with the most potent offerings switching to power from the Bavarian manufacturer.

The BMW V8 is known as the S63 and can punch out as much as 626 hp (467 kW) which it does in the mighty M5 CS. Land Rover will deploy its own version of the engine in its range-topping SUVs, with a bespoke tune and various modifications carried out by its engineers to best suit their characteristics.

Should Land Rover want to take things to a new level, they could look at using the PHEV system found in the BMW Concept XM which takes power output up to a whopping 740 hp (552 kW). If they decided to follow this route, this would see the launch of the most powerful Land Rover model ever.

Beyond that, the Sport will ultimately be offered with a pure-electric drivetrain in line with Land Rover’s plans to transition away from combustion power.