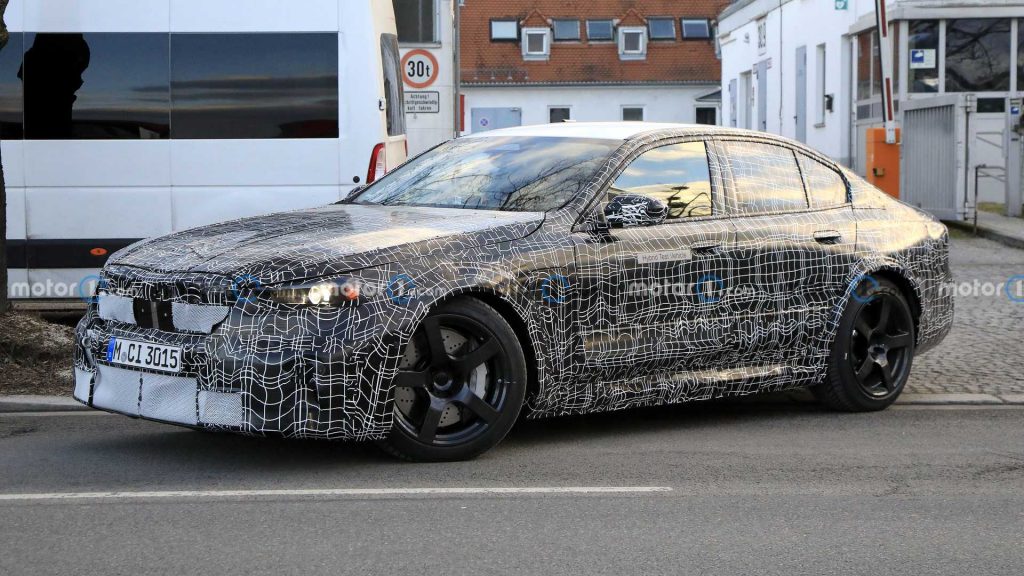 A while back we heard rumours that the next-gen BMW M5 would go hybrid and that latest spy shots of the new high-performance 5 Series have now confirmed that.

The shots clearly show a 5 Series sedan that means business with its huge brakes and typical quad exhausts.

Found on the driver’s door is the sticker revealed “Hybrid Test Vehicle” and if that is not obvious enough, you can easily notice the flap on the front fender on the driver’s side further revealing it will be a PHEV. The extra “fuel cap” has just about the same size, shape, and position as the one you’ll find on the current 545e xDrive.

So will the new M5 retain the brilliant twin-turbocharged V8? If we were to guess we would say yes because ex-M CEO Markus Flasch said the engineers are still finding ways to make the eight-cylinder engine (and the inline-six) more efficient to cut fuel consumption and meet stricter emissions regulations. He went on to say both performance engines will live to see 2030 at the very least.

The upcoming dedicated M car known as the XM will make use of the V8 in question and will be assisted with an electric motor. This PHEV setup would more than likely make its way into the new M5 and deliver something in the region of 750 horses.