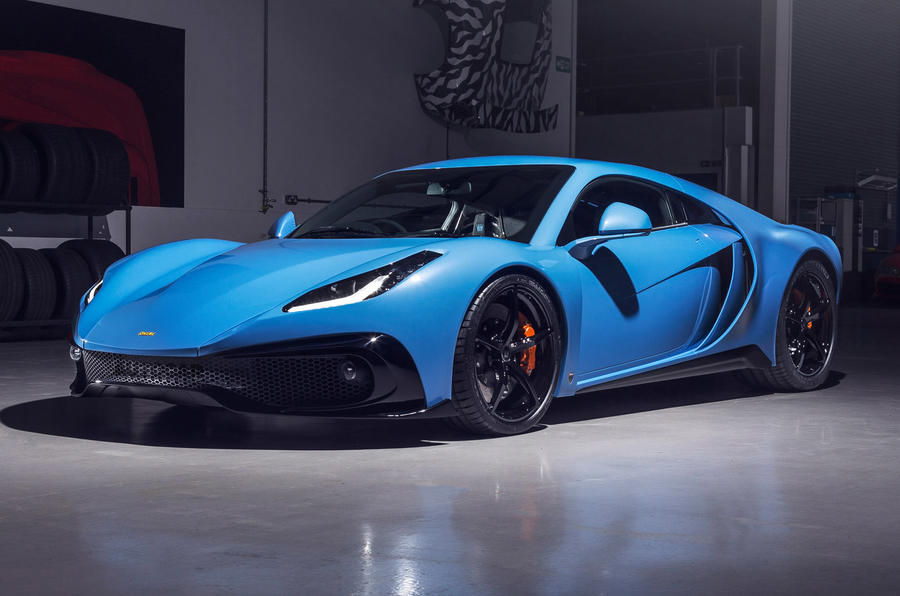 Noble revealed the M600 way back in 2009 and now the striking new Noble M500 is here as the British supercar maker’s long-awaited follow-up.

The model was first shown as a concept at the 2018 Goodwood Festival of Speed and has now developed into this working prototype since. The M500 is a cheaper and less powerful car than the Noble M600 that it effectively replaces as the company’s sole offering.

Testing has started with first customer deliveries to take place this year.

Powering the M500 is a twin-turbocharged 3.5-litre Ford V6, as found in their Ford GT supercar. The engine delivers a tad over 500 hp as standard but Noble intends to crank it up to 550 hp (410 kW) when it hits the market aiming the M500 at cars like the Porsche 911 Turbo as well as the Chevrolet Corvette C8.

To lower costs, the M500 sports a new glass-reinforced composite body but underneath, the steel tubular chassis is “70% M600”, according to Peter Boutwood, Noble’s managing director.

The only gearbox option is a Graziano-sourced six-speed manual with a metal gate and shift action unique to Noble.

The images you see here showcase what is virtually the final design, subject to high-speed testing.

Noble hasn’t accepted any orders yet, because it hasn’t set a final price, but sales and marketing chief Kim Grouse told Autocar that “we want to make it as accessible as we can”.

Boutwood would like to do better with the M500 to the tune of up to 50 cars per year. That would still be modest compared with mainstream rivals but “would be mass production for us”, he said.

Noble
Share. Facebook Email Twitter LinkedIn WhatsApp Telegram
Previous ArticleMercedes Could Be Killing Off All Wagons by 2030
Next Article Next-Gen BMW M5 Spotted Testing Confirming It Will Be Plug-In Hybrid