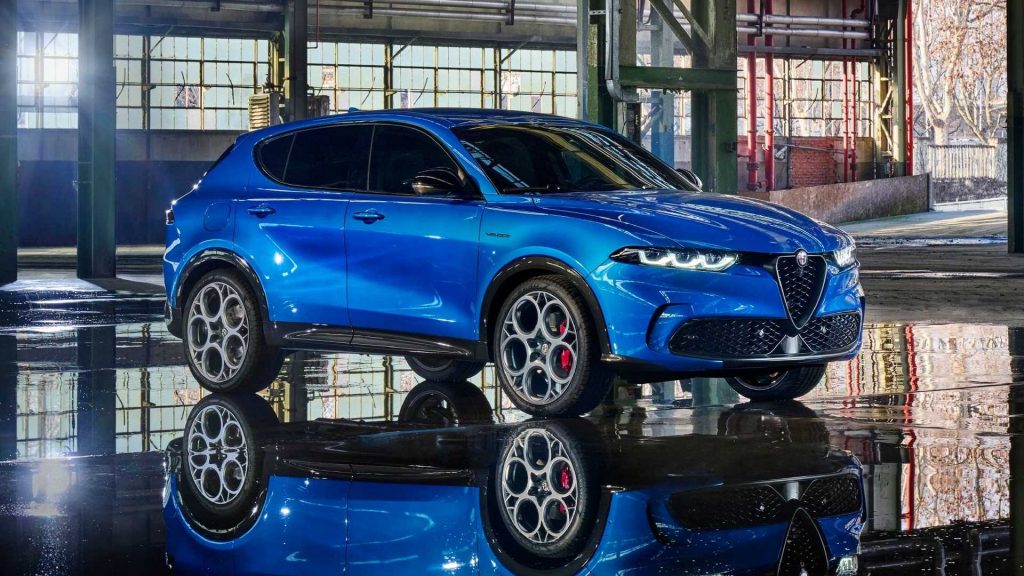 Alfa Romeo has been teasing us and sharing concepts of the smaller option to the Stelvio and now the Tonale is finally official to rival cars like the Audi Q3.

Under the hood, you will have a few options. The plug-in hybrid packs a 1.3-litre turbocharged four-cylinder which turns the front axle while a 121 hp (90 kW) electric motor powers the rear wheels. The total system output is 272 hp (203 kW). This comes with a 15.5-kilowatt-hour lithium-ion battery which will give you around 50 km of electric-only power.

For now, the core Tonale range is made up of two electrified variants: a mild-hybrid powertrain with a choice of 128bhp or 158bhp and a plug-in hybrid. Alfa said electrification must serve “the brand and its DNA” while “reinventing sportiness for the 21st century”.

Both mild-hybrid variants use a four-cylinder 1.5-litre petrol engine paired with a seven-speed dual-clutch automatic gearbox and a 48V electric motor, which is active in start-up, low-speed driving and cruising in electric mode.

Styling-wise, you get the traditional shield-shaped grille. As standard, you get full LED headlights with running lights that create three elements on each side. The tail lamps have styling to match the appearance of the illumination in the front.

The Tonale has all of the technology you would expect in a premium SUV: a digital 12.3in screen, plus a 10.25in touchscreen with a customisable home screen, Apple CarPlay and Android Auto compatibility, over-the-air updates and a host of driver assistance systems, including adaptive cruise control and traffic-jam assistance.

It will be the final Alfa to sit on a platform developed by ex-parent company Fiat Chrysler Automobiles (FCA) before future models move to Stellantis’s global platforms.