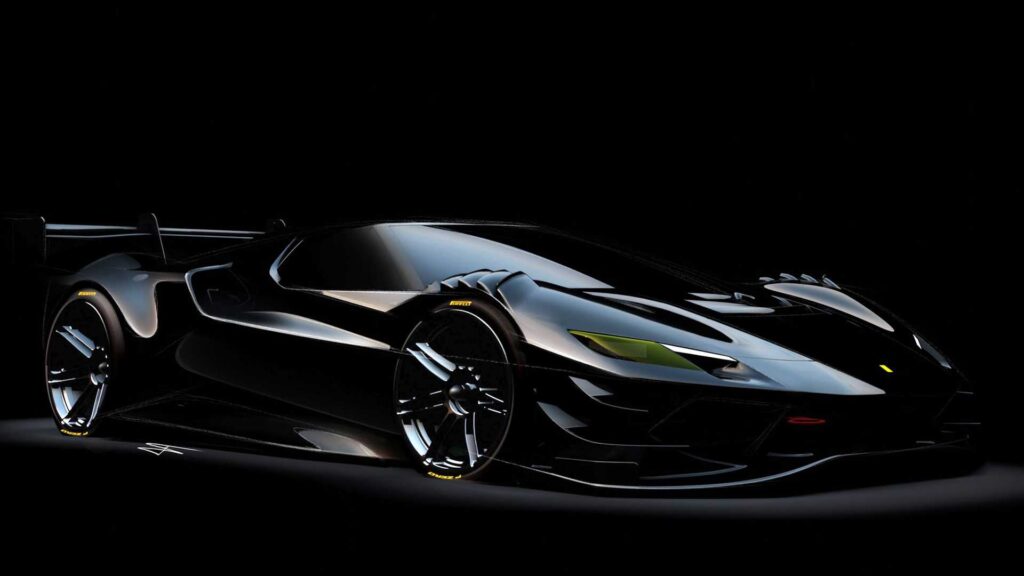 The first reviews of the Ferrari 296 GTB indicate that Ferrari has nailed the ‘baby’ prancing horse and now we get our first look at the track-only 296 GT3.

Concept sketches of the car dubbed the 296 GT3, show an aggressive, aero-heavy design, with a redesigned front end featuring a much more pronounced splitter and two large canards on each side of the bumper. Prominent vents above the front fenders can be seen, most likely to reduce the pressure building up in the wheel arches, as it can cause aerodynamic lift. At the back, there is a serious diffuser and swan-neck rear wing for ultimate downforce around circuits.

The road-going version uses a twin-turbocharged 3.0-litre V6 paired with an electric motor that produces a combined 818 hp (610 kW) and 740 Nm (546 lb-ft) of torque. That won’t be the powertrain in the 296 GT3 as racing regulations are forcing Ferrari to drop the hybrid setup, leaving just the V6 engine to propel the car. At this stage, it is not yet known what the performance details will be but it is likely to be significantly less powerful than its road-going counterpart.

The 296 GT3 will replace the 488 GT3 which has become their most successful racing car ever, with 429 wins from 770 starts in both its standard and Evo guises.

Ferrari didn’t say when we’d get a full reveal of its new race car, however, the company did say that the car is already under construction. Its development will start “in the coming months” before making its racing debut in 2023.