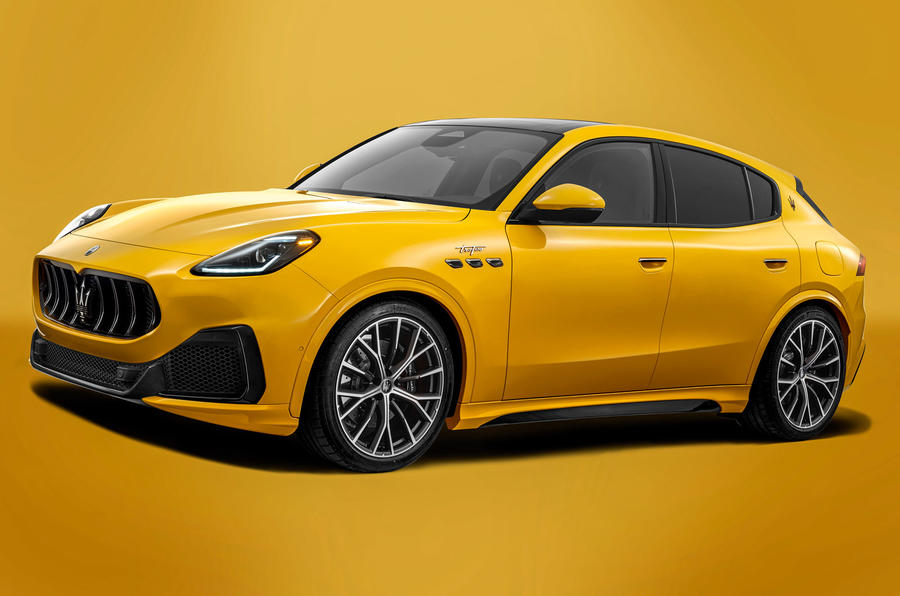 The most important and potentially best-selling model in the Maserati lineup is here and it’s called the Grecale.

Not only is it setting its sights directly on the Porsche Macan but it will play a fundamental role in its rapid transition to electrification.

Following multiple teasers and a delay caused by the microchip shortage, the relatively high-riding vehicle with the Trident logo debuts in GT, Modena, and Trofeo flavours. The purely electric model will join the Forgole lineup and will hit the market a year after the gas model with a similar look.

It will be available from launch with three petrol engine options: two variants of the 3.0-litre ‘Nettuno’ V6 first used by the MC20 supercar for the Modena and Trofeo, and a four-cylinder mild hybrid for the entry-level Grecale GT.

The V6 uses the same pre-chamber combustion technology as the full-fat MC20 engine, which aims to boost both performance and efficiency, but has been modified in line with its more mainstream billing. It has a wet rather than dry oil sump, for example, and can deactivate the right cylinder bank at a cruise for reduced consumption – this function necessitated a ‘complete redesign’ in order to accommodate collapsible tappets which allow the valvetrain on that side of the engine to be deactivated independently.

Hop inside and you are greeted with many screens and a very modern look and feel. There are actually four screens in the Grecale which brings enhanced digital functionality and allows for a more minimalist, switchgear-light design.

The driver display is digital as standard and there’s a 12.3-inch central infotainment screen, an 8.8-inch touchpad for the climate control and a new digital clock mounted prominently at the top of the dashboard.

Materials and colour schemes differ according to trim level; the GT adopts a more minimalist look and warm colours, while the Modena features bespoke embroidery, trim elements and stitching, and the Trofeo is marked out by its exposed carbon fibre panels, perforated leather seats and contrasting stitching.

Maserati
Share. Facebook Email Twitter LinkedIn WhatsApp Telegram
Previous ArticleWe Could Finally See A BMW M7 Packing A Plug-in Hybrid V8
Next Article What Auto Repairs Can You Do Yourself?