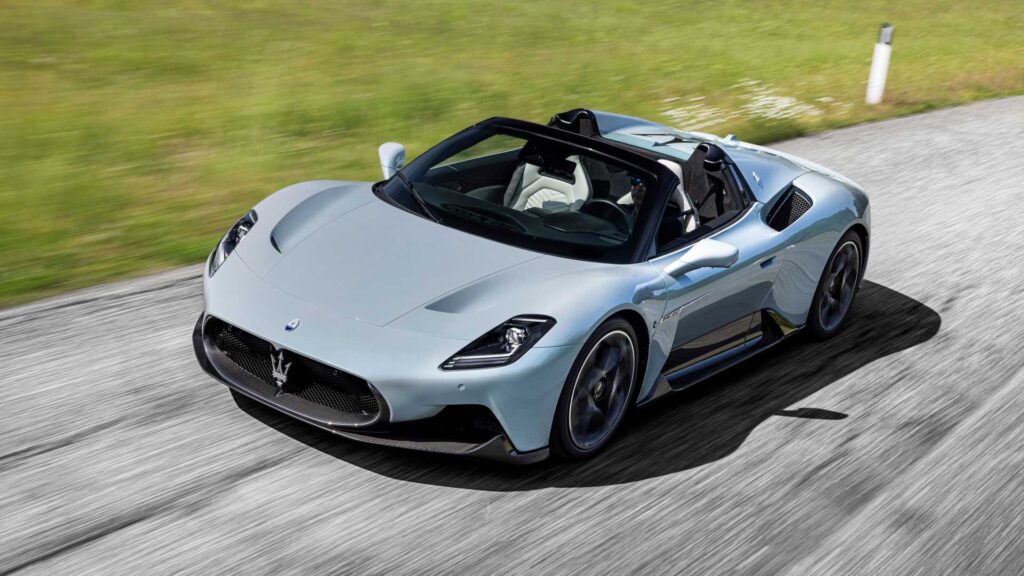 The Maserati MC20 has been ‘around’ for nearly two years already and we knew there was a Convertible on the way and here it is. It’s called the MC20 Cielo, and it’s the next iteration of their new supercar, and it won’t be the last.

While Maserati designed the coupe’s monocoque for its weight and performance, the Cielo monocoque focuses on increasing rigidity. The MC20 Cielo weighs just 65 kg (143 lb) more than the coupe.

The retractable roof can open and close in just 12 seconds and also features a large chromatic glass panel that can instantly turn from transparent to opaque, thanks to its polymer-dispersed liquid crystal (PDLC) technology.

At launch, they will offer 60 units of the PrimaSerie Launch Edition. This limited-run sport exclusive touches like the new Acquamarina exterior paint colour.

Inside, the Launch Edition gets ice-coloured Alcantara and leather, with aquamarine contrast stitching on the dash.

The Cielo allowed the company to reveal new double-X-styled wheels made from diamond-cut alloy but if you wish, you can choose some carbon rims that shave an extra 30 kg (66 lb) off.

No pricing has been announced yet but to be fair they have not disclosed when it will go on sale either.