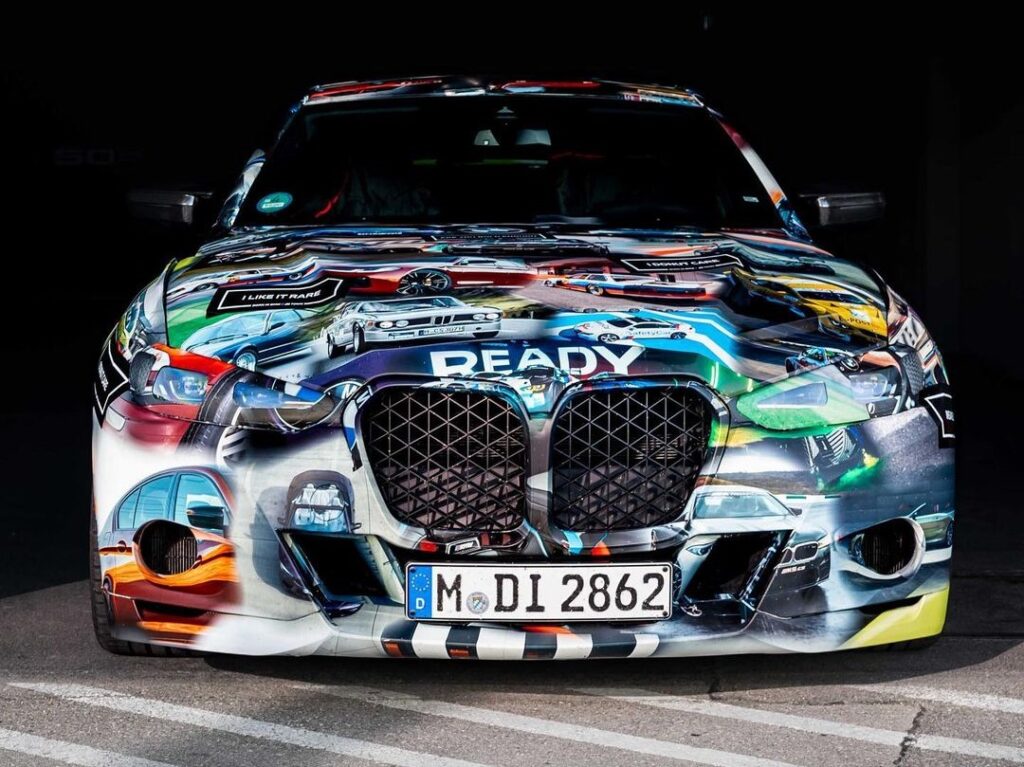 Early last month we reported on a rumour about a possible coachbuilt 3.0 CSL Hommage Concept coming to life and it seems these were true.

It will debut before the end of the year as the culmination of the M division’s 50th anniversary celebrations and we have our first official teaser from the BMW M boss himself Frank van Meel.

The special car is expected to be based on the M4 CSL but with a few very important differences. Not only will it get power cranked up to something around 600 hp but it will also do away with the eight-speed automatic transmission in favour of a six-speed manual gearbox while retaining the rear-wheel-drive configuration.

The very colourful camouflage masks the details well but you are not hiding that large wing and roof spoiler very easily.

For those who still do not like the polarizing kidney grilled on the BMW M4, you will be pleased to see something a little less drastic up front.

The sticker “I like it rare” clearly denotes the vehicle’s limited-run production while the “6MT FTW” on the trunk lid confirms the car will have three pedals.

At the time of writing, it is understood that just 50 units will be made with a price tag of around €750,000. If that’s the case, it will easily become the most expensive new BMW ever.