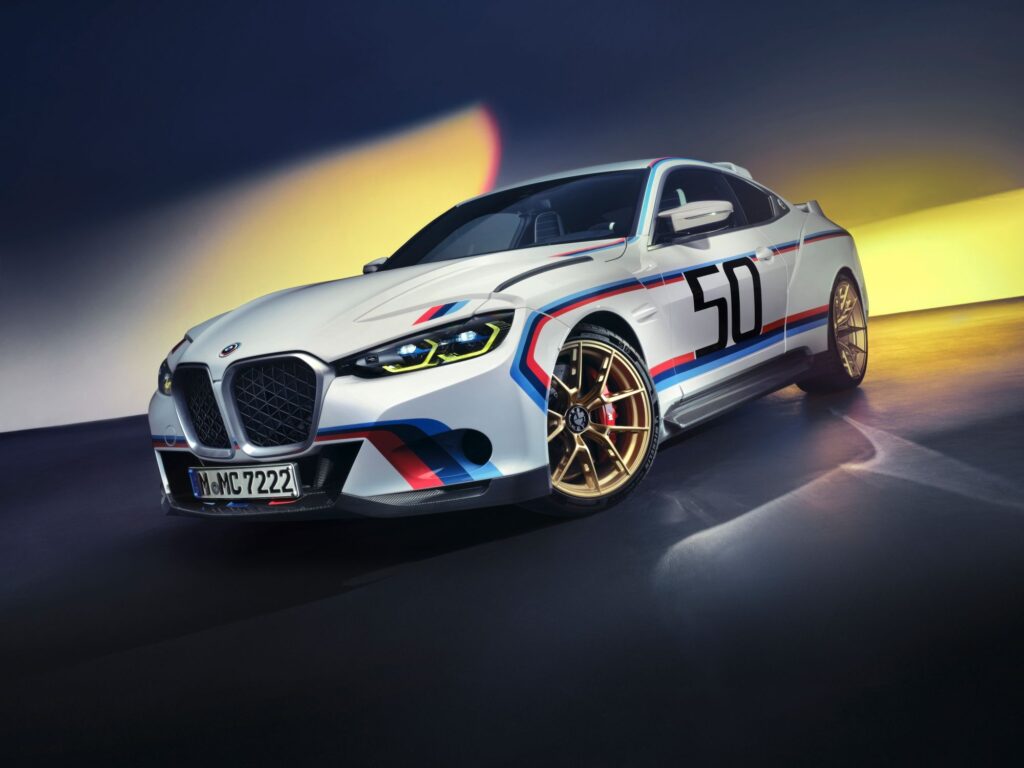 2022 is, of course, BMW’s 50th anniversary and prior to this, it has been a fantastic year for enthusiasts around the world but this is the cherry on the cake.

They have revived an icon and introduced a reborn Batmobile – the new 3.0 CSL.

Marking M’s 50th anniversary, only 50 of the new 3.0 CSLs will be produced, making it a far rarer beast than the original homologation special. BMW claims that it ‘conveys’ the ethos of the original in the present day, not just in terms of the design, but also when it comes to the engineering. To that end, it features the most powerful six-cylinder engine BMW has ever fitted to a road-going car.

The twin-turbo 3.0-litre is rated at 553 hp (412 kW) and 550 Nm (404 lb-ft). Interestingly, the torque figure is actually down by a significant 100 Nm (74 lb-ft) compared to the M4 Competition and M4 CSL. That’s likely because the ultra-exclusive special edition uses a six-speed manual gearbox that can’t handle the full torque.

This grunt is sent to the rear wheels only which of course is kitted with an M differential. Carbon-ceramic brakes are standard, and so is a track-focused adaptive M suspension with electronically controlled shock absorbers. Inside, there are full carbon bucket seats, CFRP trim in the door cards, and a white gear shift knob.

They will be produced in both left and right-hand drive but at the time of writing, we can confirm that none will be heading to South Africa and a big contributing factor could be the price tag. It is rumoured to sting bank balances to the tune of €750,000 (approx. R13,2m)*. We already know it is the most exclusive but if that price tag is true, it is the most expensive BMW ever built.

All 50 units will be built over the course of around three months. The paint job requires a specific process while some of the CFRP parts will be produced by hand. Each car goes through no fewer than eight assembly cycles at just as many production stations during a complex process that takes as many as 10 days.

*Remember this is the price tag before taxes so if a South African does end up getting one, they could pay as much as R20m.