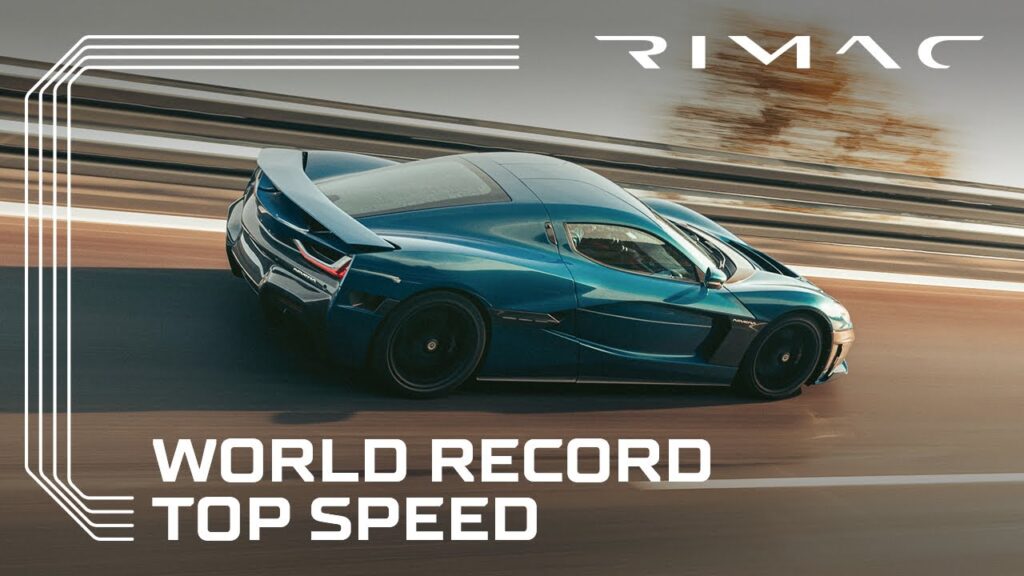 We know electric vehicles are known for their mind-warping and whisper-quiet acceleration but generally speaking top speed is not often mentioned.

Rimac has officially redefined this arena with an astounding 256 mph (412 km/h) speed record with their Nevera supercar.

Fitted with Michelin Cup 2R tyres, and with the oversight of a Michelin technician, the record-setting run got underway. Behind the wheel was Miro, Rimac’s Chief Test and Development Driver. It was his challenge to get the perfect entry onto the 4km straight from the track’s curved sections to give the car the best possible chance of reaching V-MAX.

To make it happen, the Nevera was put into top speed mode, which on a customer car electronically limits the maximum velocity to 219 mph (352 km/h). However, Rimac says those 150 people fortunate enough to own one can take their prized possessions to the absolute maximum during “special customer events with the support from the Rimac team and under controlled conditions.”

Will this ignite a top-speed war among the potent EVs? Most likely not as we cant think of anything else that will be able to top this (at least for the time being).