We know which one we would have though...
By Zero2TurboNovember 2, 2022Updated:November 2, 2022No Comments
Facebook Email Twitter LinkedIn Telegram WhatsApp 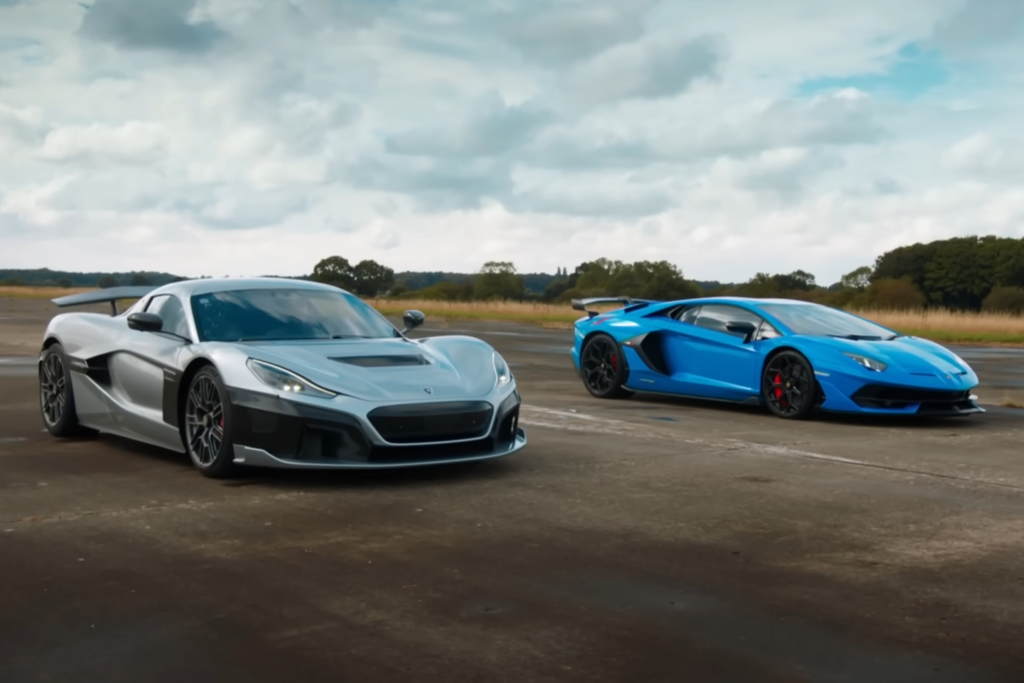 The Rimac Nevera ushers in a new genre of speed thanks to four electric motors but just how much quicker is it compared to a very quick Lamborghini?

TopGear recently got their hands on the EV hypercar and popped Chris Harris behind the wheel. It Is so rapid that Harris claims that the Nevera is not driving but more of an “out-of-body experience”.

To put the performance of the Never into perspective, they line up a magnificent blue Lamborghini Aventador SVJ for a drag race.

Push play and watch the total domination but in saying this, we know which one we would rather have and its probably the same one you are going to choose.