Cult Cars That Flew Under the Radar

We’re already well aware of the powerhouses when it comes to car manufacturers. Ford. Mercedes-Benz. Audi. Volkswagen. There are plenty written and said about the big boys of the auto world. But what about those that fly under the radar? The ones that go unnoticed by the masses but, for one reason or another, gain a cult following? There have been plenty of such cars over the years, and you’d be easily forgiven for missing them. They came, they went; with not so much as a whisper. And yet, somewhere, presumably underground, these cars became cult heroes among communities.

You probably haven’t heard of the majority of such cars, but their stories are fascinating. Imagine a world of vehicles that nobody else managed to touch on. It’s crazy to think of something like that happening now, where the landscape of motor manufacturing is so defined. This one is for those plucky underdogs that made a real go of it. The ones that defied their heavyweight competition and forged their own way. They’re revolutionaries, and we salute you.

So, here they are. Our favourite cult classics that flew under the radar. Try not to blink, or you’ll surely miss them. Again. 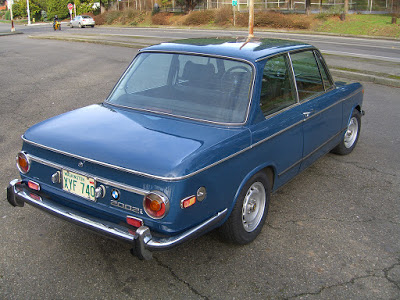 You may see the name ‘BMW’ and assume that it’s always been a powerhouse in the driving world. Not so. Back in the late 1960s, the company were still trying to make the breakthrough into the mainstream. They failed to find any kind of significant appeal. That is, at least, until the unveiling of the BMW 2002 in 1968.

Never has a car inspired so much, nor changed the course of history quite like this lightweight motor. While it may not have been the greatest car in the world, it certainly changed the landscape of the motor industry forever. Consider this, without this release, the world as we know it would not include BMW and their class of executive cars.

Can you even begin to imagine that?

What made the 2002 so captivating? Above all, it was its underdog quality. Everyone loves to root for the underdog, right? And that’s exactly what the people did when the 2002 was released. But it was entirely deserved, as the little car that could was a heavyweight grappler in itself. No car has since changed the face of the industry as much as this. 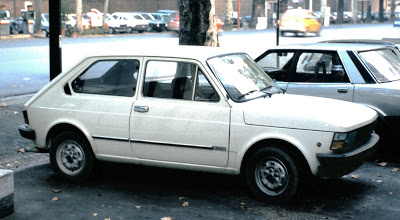 When the Fiat 147 was released in 1976, there wasn’t much fanfare to its name. For all intents and purposes, the car was just… average. In pretty much every department. It didn’t look particularly great; it didn’t feel particularly great. It was just okay. Not that there’s anything wrong with that. What you want with a car is reliability, and that’s certainly what it offered. It just wasn’t flashy.

What set it apart, though, was its quieter engine. It may have been pretty standard in all other departments, but this drive was smooth. So smooth, in fact, that it took off in its birthplace of Brazil; where it became the country’s car of choice. The car burned through fuel like no tomorrow, with reckless abandon. And in a way, that’s what made it so endearing, at least to the Brazilian nationals. They stayed true to their Fiat 147, and it remains one of the most popular cars in South America to this day.

It’s hard to pinpoint exactly what made the Fiat 147 so special, but it certainly retained a place in the heart of South America. And still to this day, there remains a fondness for this humble old piece of scrap metal. It’s really a beautiful story. 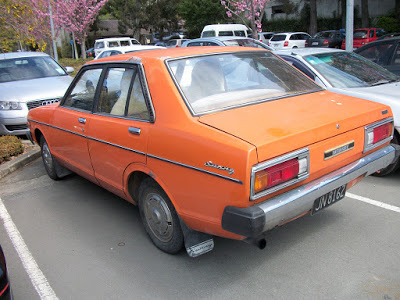 The Datsun may be more commonplace today, but it certainly wasn’t always that way. Back in the 1960s, when it first appeared on the market, nobody so much as looked in its direction. In an industry dominated, at the time, by Ford and Chevrolet, Nissan struggled to make the breakthrough.

That is, until the emergence on their 510 Sedan, which proved to be a cult hit. That old car was incredibly lightweight, but – more importantly – durable. That’s what made it endearing enough to captivate the hearts of the American minority.

Its biggest claim to fame is the fact that the car actually holds two World Rally Championships. That’s a particularly astonishing achievement when you consider that the car barely even registered. At least in the conscious thinking of the masses. The car is still kicking around today, but it’s a verified collectible, so it’ll set you back a fair price.

As I’m sure you could have guessed by the very title of this blog, we’d all love to try our hand at professional racing. We love cars, we love sports, and above all, we love racing. And cars. And sports. So, you could imagine what our delight would have looked like had we been clued in when the Impreza WRX was released.

What’s so great about that, you might ask? Well, where do I begin? By the mid-way (see what I did there?) point of the 90s, nobody could expect to own their own racing car. At least, not a real one. Surely, the best they could ever hope for would be a replica, right? Wrong.

The Impreza WRX was a car that had featured in numerous rallies and tournaments around the world. And what happened in 2002? Subaru played into all of our emotions and released the model to the general public. Now anyone could own a real life race car of their own. It was a dream come true for millions of racing fans around the world. And what happened next? It became an ongoing series.

Yes, Subaru continue to pump out cars that share their DNA with the Impreza WRX. Each offering improves on the last, but they all have that in common. All you have to do is pick up the next in line and you’ve bought a car that comes directly from a real race car. Incredible, huh?

Top Tips For the Safer Driver

Most Powerful Audi R18 Yet Is Unveiled