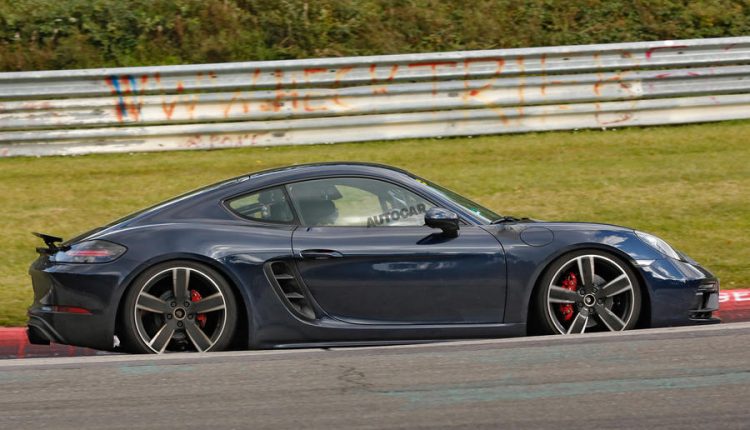 Sometime this year, Porsche will be revealing their range-topping 718 GTS models and they have just been spotted testing pretty much undisguised at the Nürburgring.

The 728 Boxster GTS and it’s hard-top sibling the 718 Cayman GTS are expected to pack a more powerful version of the turbocharged 2.5-litre flat-four engine currently used by the S models.

The previous generation GTS models gained 15 horsepower over their S counterparts so if they do the same here, we can expect them to push out around 375 hp.

As mentioned above, they have been spotted testing and reveal some of their design changes which include; a new front bumper and twin central exhausts. This could mean they will come with an upgraded exhaust system.

Porsche’s Active Suspension Management is likely to feature too, as is the Sport Chrono package, which featured on the previous Boxster GTS.