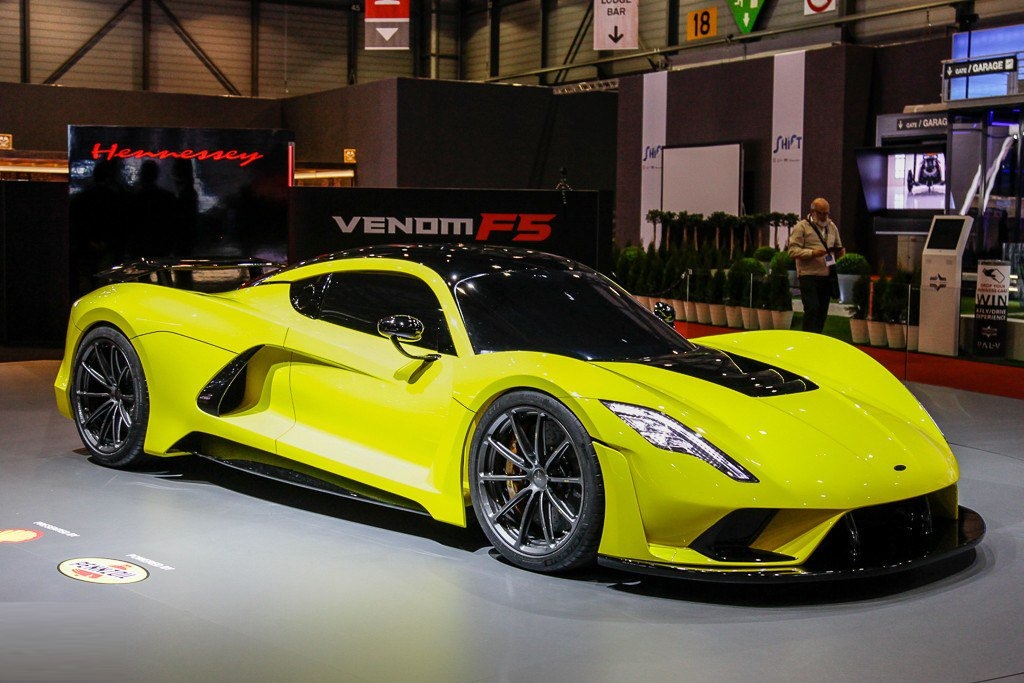 The ballistic 1,600 horsepower (1,193 kW) Hennessey Venom F5 made it’s European debut this week at the Geneva Motor Show which brought it closer than ever (physically) to it’s competition from Koenigsegg and Bugatti.

While talking to TopGear at the show, company CEO John Hennessey said that the Venom F5 will have a “completely bespoke, 8.0-litre twin-turbo V8.” Even more interestingly, it could add on another pair of turbos, bringing the total number to four.

The engine would still produce the same output but it should be able to help it reach Hennessey’s ultimate goal of 300 mph (428 km/h).

“You’ve got Koenigsegg in first position now. Bugatti is not going to take it sitting down, so they’re gonna jump back in the game,” said Hennessey in the interview. “But I think there’s a squabble somewhere in the 280s, and about the time dust settles from those guys slapping each other about then we’ll turn up.”

As a reminder, only 24 examples of the Venom F5 will be built at Hennessey’s Sealy, Texas facility with each costing a heavy $1.6 million – but options could push it well over the $2 million mark.