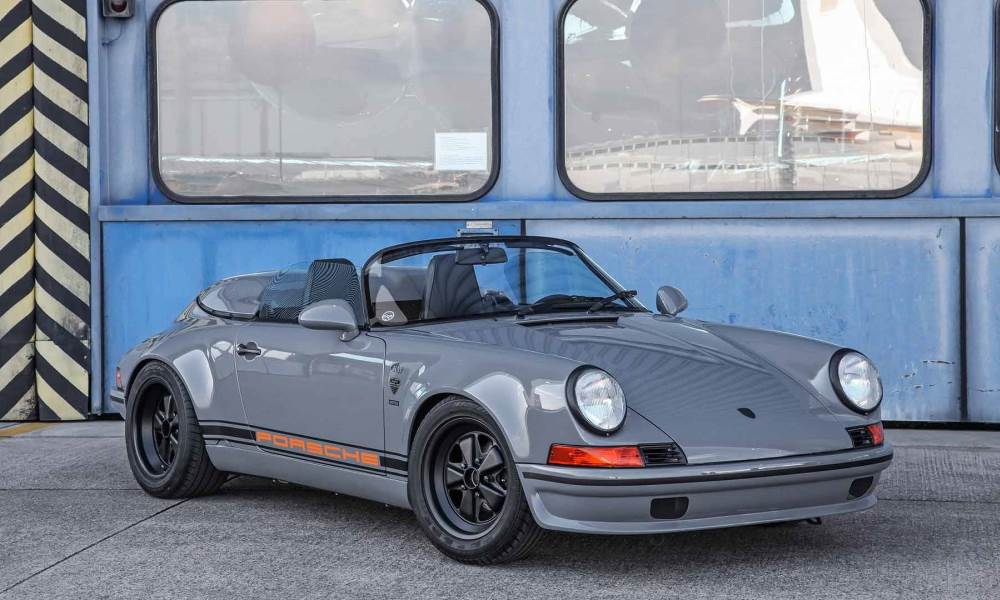 Ordered by a Berlin-based client, this Porsche 911 Speedster was created to pay homage to the classic 356.

This stunning example of the custom Speedster was built by DP Motorsports, and it was requested that they “backdate” the car to appear less modern. The aforementioned client actually owns an original 356C convertible, which he mostly restored by himself.

Originally a 1989 Targa 3.2, the conversion to a speedster happened 3 decades ago in California, before the model made its way to Germany where DP Motorsport then applied an F-Model dp11F Carrera widebody kit to the Speedster to give it more road presence. The front bumper and side sills have also been lowered slightly for a cleaner finish.

The ride height has also been adjusted downwards, with the addition of H&R spacers and the torsion bars being shifted. The two-pipe rear mufflers have been changed so that they now fit the rear bumper, and the exterior paint is finished in Nardo Grey with the classic 911 side stripes that has “Porsche” coloured in a rather striking but tasteful highlighter orange.

DP Motorsport say that they plan to refine the 911 Speedster further by installing a KW clubsport thread chassis and Superpro PU-bearings for the axles, as well as a power increase from 215 hp (160 kW) to 256 hp (191 kW) thanks to a set of Schrick camshafts. They are also going to add a larger throttle valve and a new exhaust manifold. The standard 205/55 R16 front and 245/45 R16 rear Continental Sport Contact tyres, however, will remain. 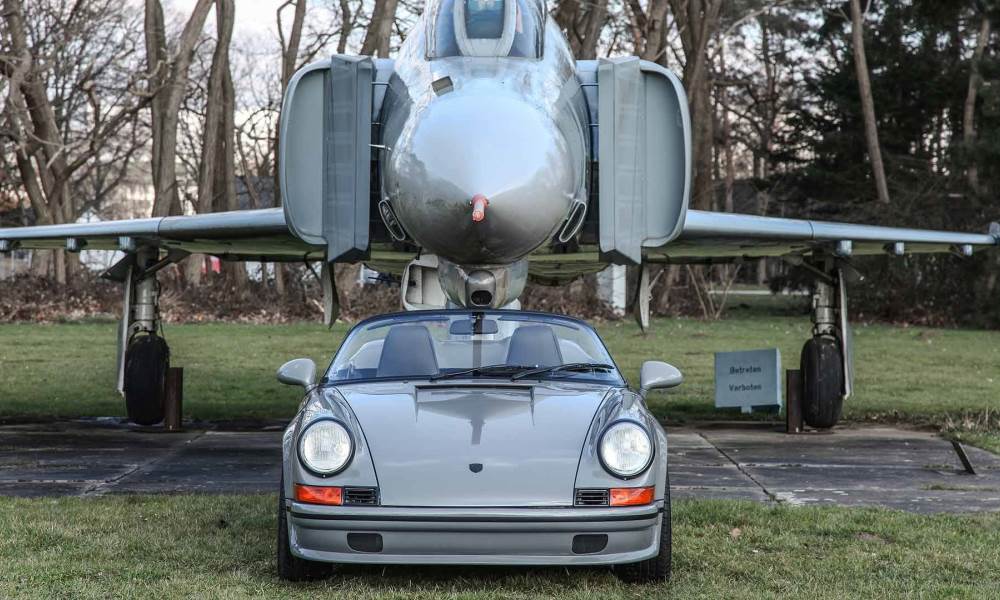 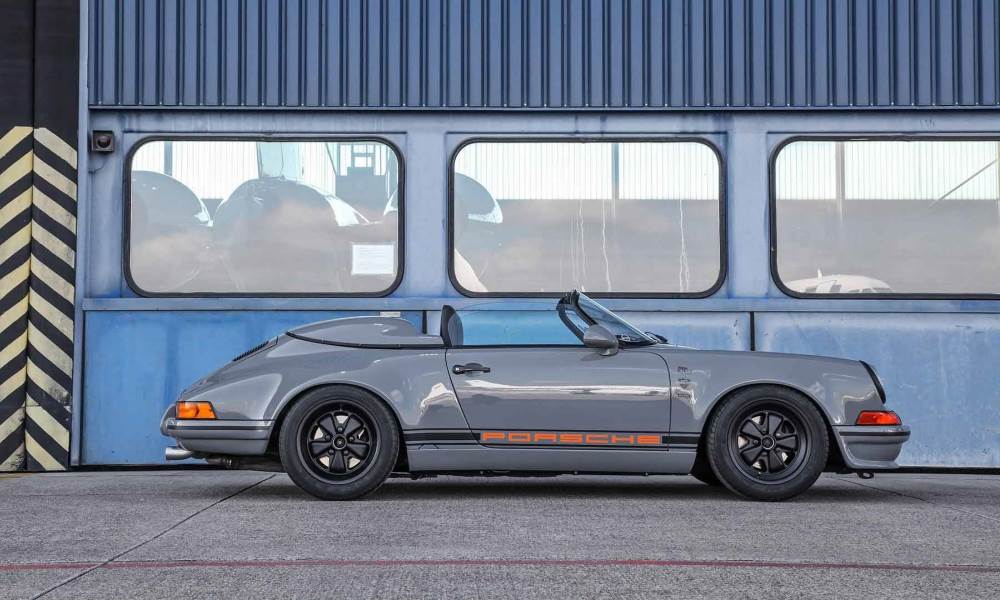 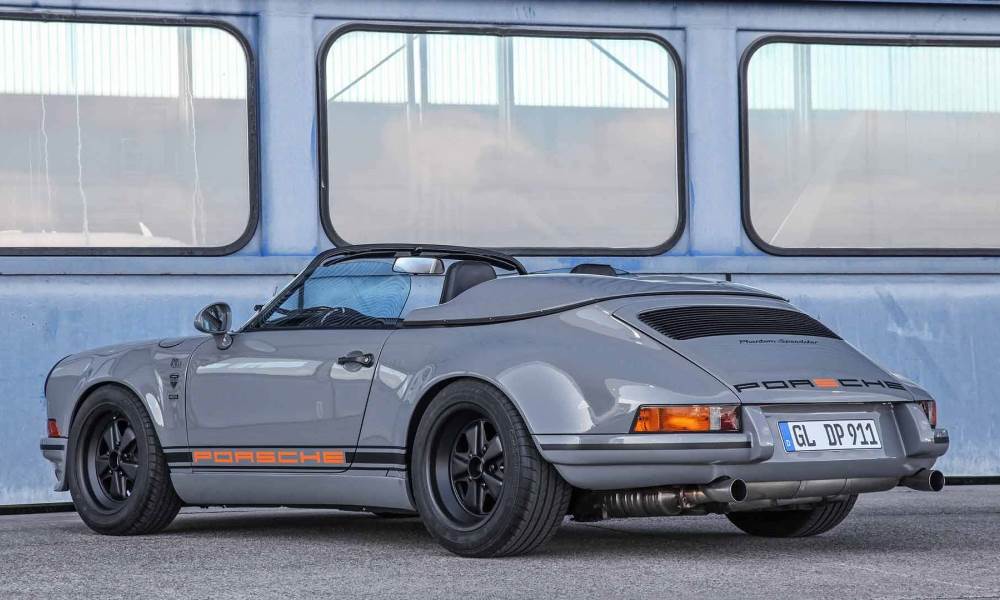 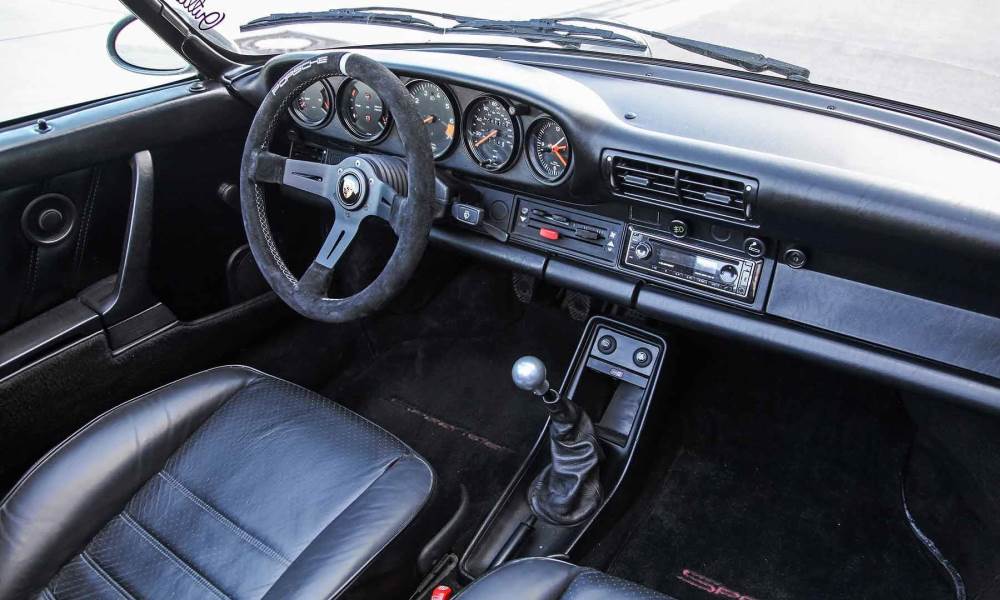