How Much Damage Do High-Speed Chases Cause? 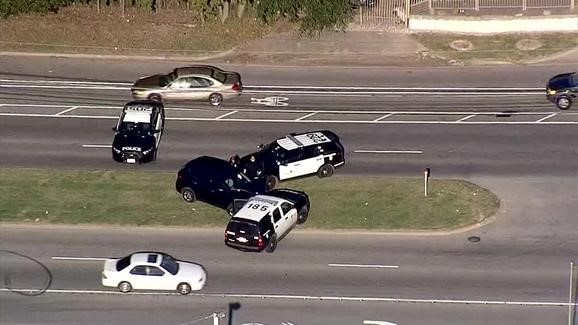 High-speed chases are tropes used in, what seems like, every action film. What gets your adrenaline pumping is witnessing revving engines take off down narrows streets, dodging traffic, helicopters, explosions, and gunfire. They’re the prime example of any hardcore action montage, not exactly an example of why one goes to traffic school online.

Films can make escaping in a car look easy or exciting when the cars look they are being driven by the NFL draft and what the new quarterbacks drive. Most of the time, it involves ducking through a dark alley with your lights off or causing a major roadside collision before accelerating into the burning sunset. That may seem heroic to do on the screen, but nobody considers the actual damage done in a high-speed chase.

In reality, most high-speed chases occur from a mild traffic violation. To avoid receiving a violation, the driver will attempt to lose the police. This spirals out of control until it turns into a high-speed car chase that is being broadcasted on every local news station.

Before you create a climatic high-speed car chase, you should know how much damage they cause. Also, know you can never outrun the law. The law has helicopters.

Consider the damage on your vehicle alone. While driving at high speeds, the slightest wrong move can cause your vehicle to soar into a collision with a wall, tree, light pole, or any other sturdy object. This will cause destructive damage on your precious vehicle – potentially wrecking it beyond repair. If you thought a speeding ticket was expensive, just wait until you see the bill for new car.

If you plan on taking your high-speed chase on the roads, then be prepared for the damage you will cause to other vehicles. Often, while on the run from the law, other cars are damaged in the process. You won’t only have to deal the damage inflicted on your own car, but the cars of others. Let’s hope they’re not luxury vehicles.

You can drive into a light pole, someone’s yard, or even a building during your chase. Losing control of your vehicle at high-speeds is expected. Culprits in a hot pursuit send their cars drifting into private property, which causes extensive damage to everything around it. This destruction will also cause extensive damage to your bank account.

Most importantly, chases can cause damage to innocent bystanders. If a 4-ton steel machine pumping down the road at 100 MPH can cause devastating damage to property, imagine what it could do to a person. Innocent bystanders can become innocent casualties in a moment’s notice. This will tack on jail time, fines, and other damages to your record.

In tandem with paying major fines from causing so much road damage, you will still have to pay your initial traffic citation. Instead of paying a $50 traffic ticket, you will have to cough up the cash for all the damage you caused while trying to escape the police. You won’t think these fines are “fine.”

Finally, consider the jail time involved. Running from the scene of the crime will automatically give police a reason to arrest you. This translates to detainment and jail time. That’s before the court considers the charges against you.