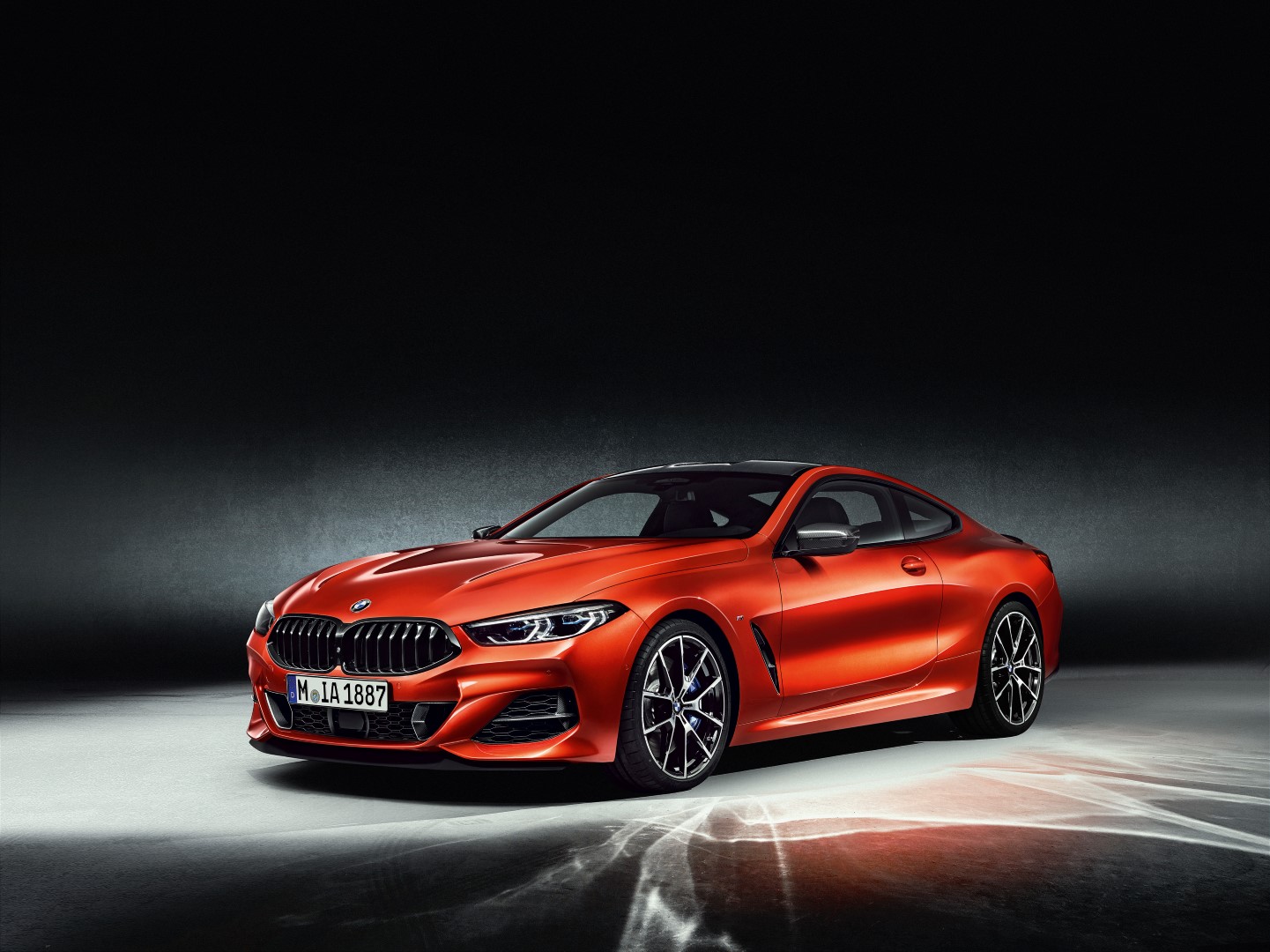 After scores of leaks, scoops and reports, BMW has finally pulled the wraps off its new flagship model – the 8 Series Coupe. This 2019 year model BMW aims to be the new Bavarian emperor, exceeding achievements of the original E31 8 Series.

It may be seen as a big, luxury coupe, but let’s not forget that the new 8-Series is still a coupe made by BMW which means it has an obligation to offer thrilling driving dynamics. According to the brand, the car’s chassis, suspension and powertrain were sharpened up to form something as precise, poised and agile as a “topclass sports car” can be. We can perhaps take the choice of BMW launching the 8 Series at Le Mans as a hint of the kind of sports car it aims to be.

The new 8 Series boasts an exterior design that features a blend of sleek, muscular and dynamic elements. The huge kidney grille and 1.9m wide body give it a commanding BMW flagship model stance. Backing this is an overall length of 4.8m housing a 2.8m wheelbase while the car only measures 1.3m in height.

In terms of powertrain, the 8 Series launches with two available options. Kicking off the pair is a 3.0-litre TwinPower Turbo six-cylinder diesel engine which comes in 840d xDrive guise producing 315 hp (235 kW) and 680 Nm of torque. According to BMW, this entry-level spec is good for a 0-100 km/h sprint of just 4.9 seconds.

Being xDrive, both models power all four wheels and both use a revised version of the eight-speed Steptronic Sport automatic gearbox. The revised transmission features a new management software and optimised hydraulic control to offer efficiency as well sportier and smoother gear shifts as well.

Get inside BMW’s new flagship model and the first thing you’ll probably notice is the company’s latest Operating System 7.0 display and control concept. The dashboard measures 10.25 inches in diameter and can be operated by touch, voice control or the brand’s iDrive controller. The instrument cluster meanwhile is 12.3 inches and features a range of settings and graphics that can be suited to your mood. There is also an option of a new gear lever made out of glass.

The new BMW 8 Series offers equipment such as Adaptive M suspension with electronically controlled dampers as well as BMW’s Integral Active Steering as standard on both the 840d and M850i. Those who decide to go with the latter will get to choose active roll stabilization among options. A range of active safety systems such as Active Cruise Control with Stop & Go, Steering and Lane control assist, Lane Keeping Assist with side collision prevention, Park Assist to name a few, are also included.

According to BMW, there is a gap between the luxurious Mercedes-Benz S-Class Coupe and the sporty Porsche 911 which the new 8 Series aims to fill, featuring both credentials. The new 8 Series therefore offers a cocktail of a rewarding sports car driving experience and an even more rewarding cabin dripping of luxury that you will never get used to.

The BMW 8 Series Coupe will be available in South Africa in the first quarter of 2019 with only the M850i xDrive variant planned for our shores.