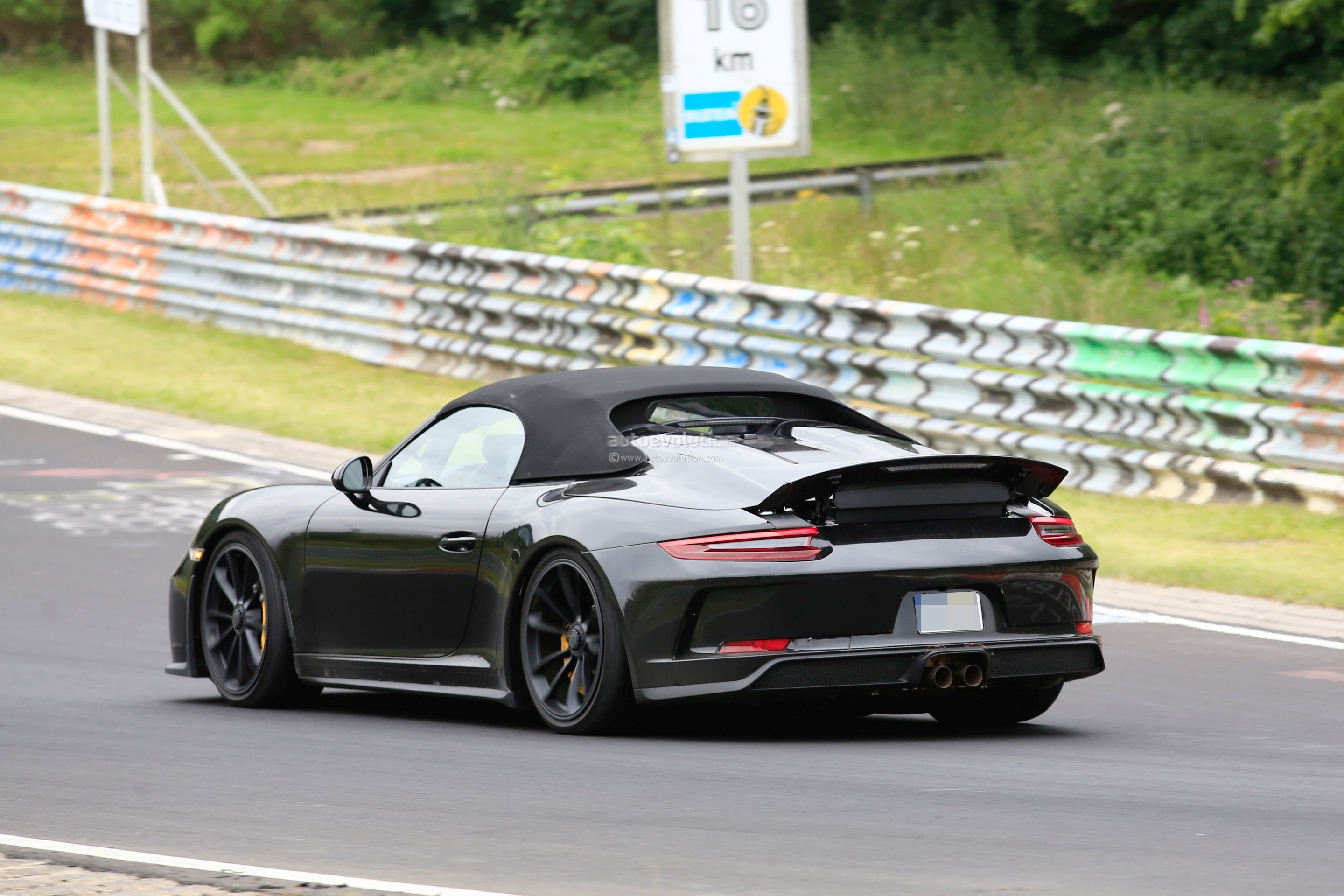 The current 911 has been with us for quite a while now and it’s no secret that Porsche’s rear-engined sports car is approaching a new generation as prototypes of models that are used to introducing a new 911 – the Carrera and Turbo have already been spotted in 992 guises. However, there’s no denying that the soon to be outgoing 991 is quite a special creation which has brought the iconic sports car to new dimensions, and so before the old girl departs, Zuffenhausen is throwing one hell of a party.

The festivities come in the form of a 911 Speedster. After numerous spy shots and a concept being introduced last month, it is certain that we will have a production model.

While previous spy shots have featured a makeshift top and the concept has showed up with a stored roof, the latest spy shots featured in the gallery illustrate a canvas carving that harmonizes the two-bubble rear deck.

What makes this Speedster a real jump from the 997 Speedster though, is the different models they are based on. The 997 was spawned from the GTS variant, the 991 Speedster’s chassis on the other hand is borrowed from the 991.2 GT3, and so is the engine – a 500 hp (373 kW) 4.0-litre flat-six motor with a 9,000 rpm redline. Transmission could be a traditional modern 911’s seven-speed PDK or the six-speed manual that was featured on the concept.

We can expect Porsche to debut the 2019 911 Speedster towards the end of the year, using the Paris Motor Show or LA Motor Show as its platform. But this being a special version of a well respected sports car, it could easily be sold out by then. 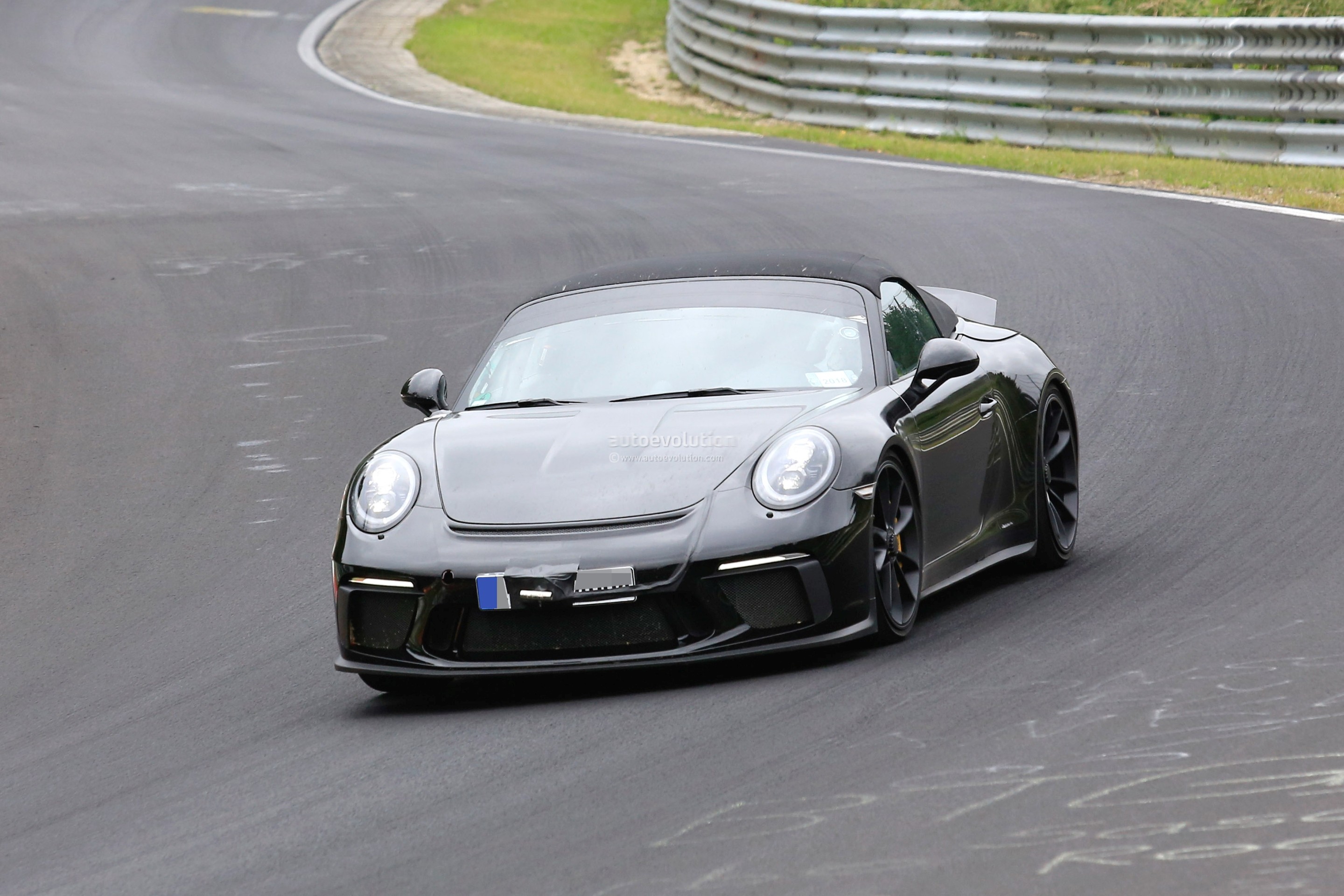 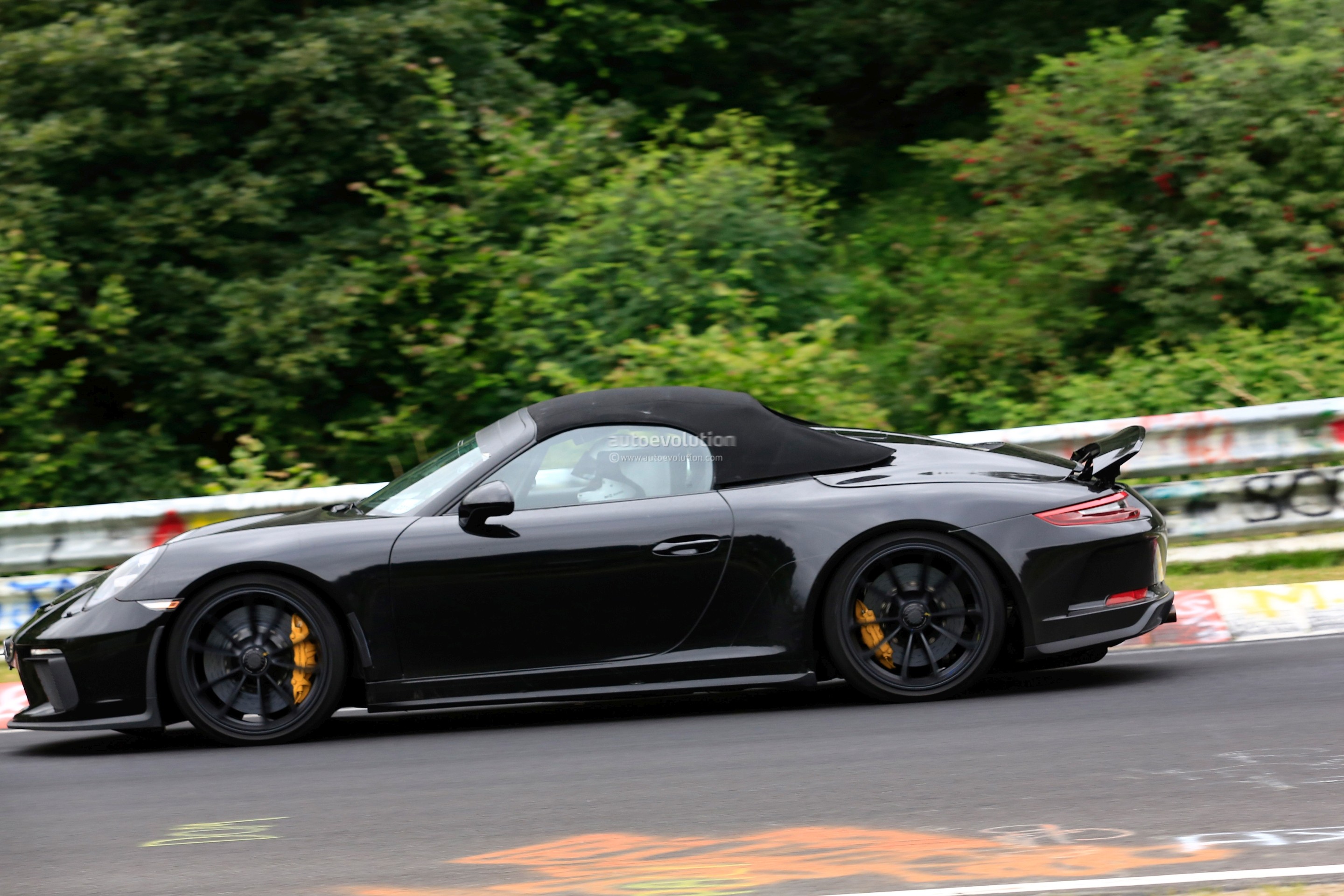 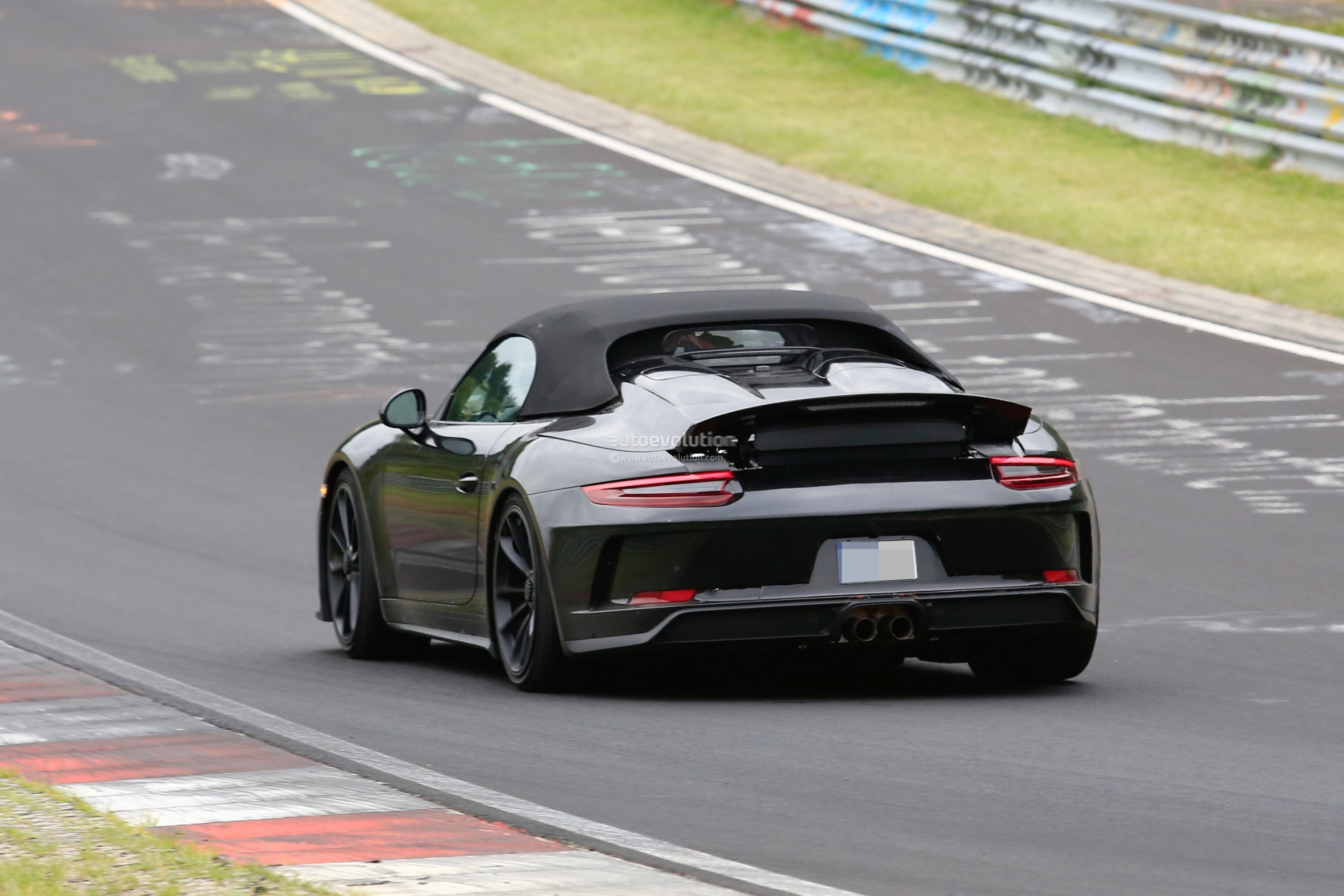