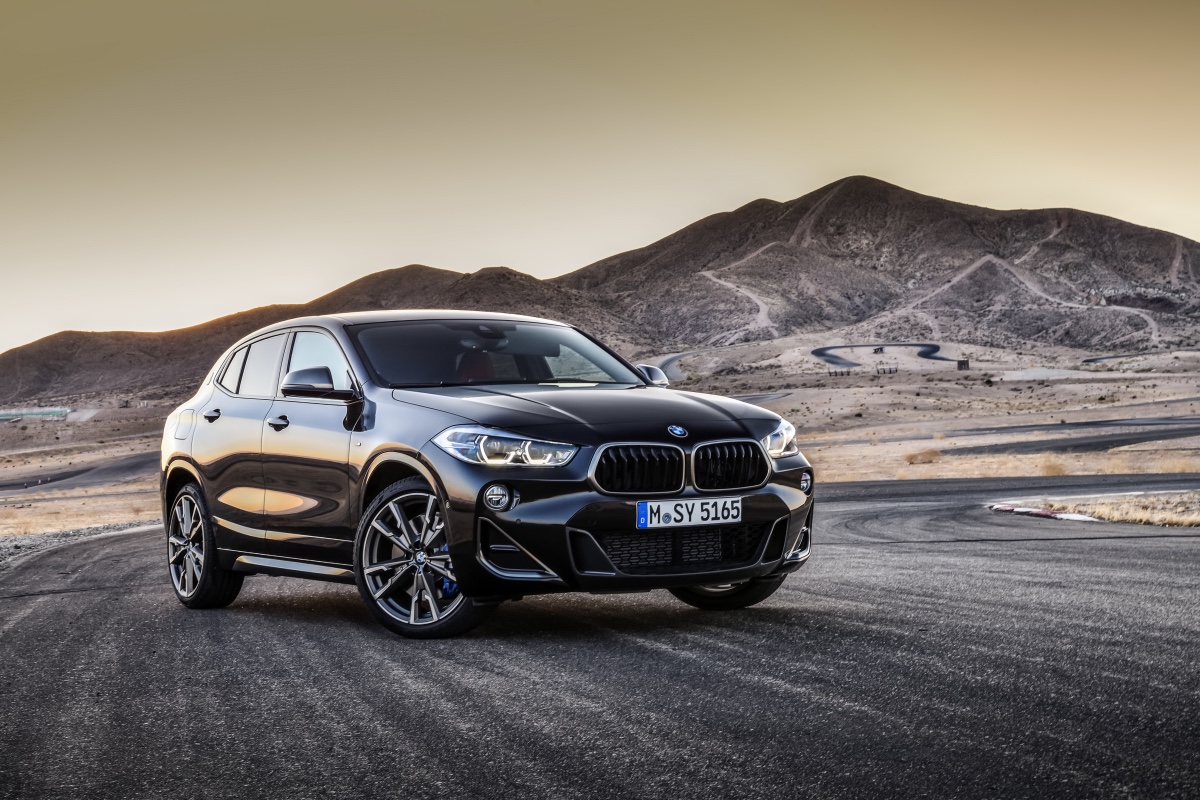 Out of nowhere BMW took the covers off the range topping X2 model called the M35i and it packs the brands most powerful 2.0-litre TwinPower Turbo engine.

As you can see in the shots, it features a surround in Cerium Grey for visual differentiation as do the surrounds of the air cooling inlets and the exterior mirror caps. The rear of the X2 M35i is characterised by the standard M rear spoiler and two specially designed exhaust tailpipes, which also come in Cerium Grey.

According to BMW, “the new X2 M35i possesses the impressive dynamic handling qualities of an M Performance automobile.”

The 225 kW 4-cylinder turbocharged petrol engine is the very first M Performance four-cylinder engine and at the same time BMW’s most powerful version. Maximum torque 450 Nm and to ensure that this power is securely transferred to the tarmac, the X2 M35i comes as standard with intelligent four-wheel drive technology xDrive in conjunction with the 8-speed Steptronic transmission including Launch Control.

So what else can you expect from this range topping X2?

Start of production is November 2018, which means that the BMW X2 M35i will be available in South Africa in the first quarter of 2019.