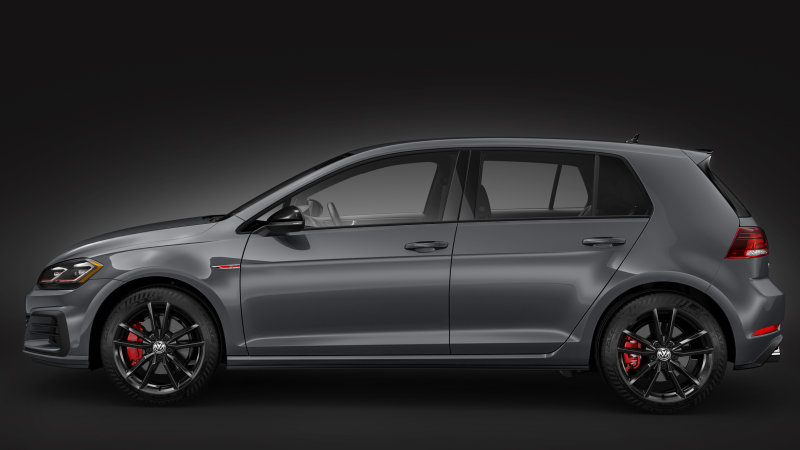 Volkswagen is updating the Golf GTI while also paying homage to the very first iteration of the brand’s iconic hatchback. It’s called the Rabbit Edition and it will bump up the modern hot hatch with black details, performance upgrades and standard driver assistance when it arrives next year exclusively for the American market.

For 2019, the Golf GTI’s 2.0-litre four-cylinder turbocharged engine benefits from a slight hop in power to deliver 228 hp (170 kW) throughout the trims offered which is 8 more ponies than last year’s model, this power will be delivered to the front wheels through a mechanical differential. Braking power has also been beefed up as the GTI will now borrow brakes from the Golf R in standard trim.

The Golf GTI Rabbit Edition will also feature a host of tech upgrades combining the forward collision warning, pedestrian monitoring and autonomous emergency braking as a standard feature. Also standard will be keyless access with push-to-start as well as rear traffic alert (optional with the S model).