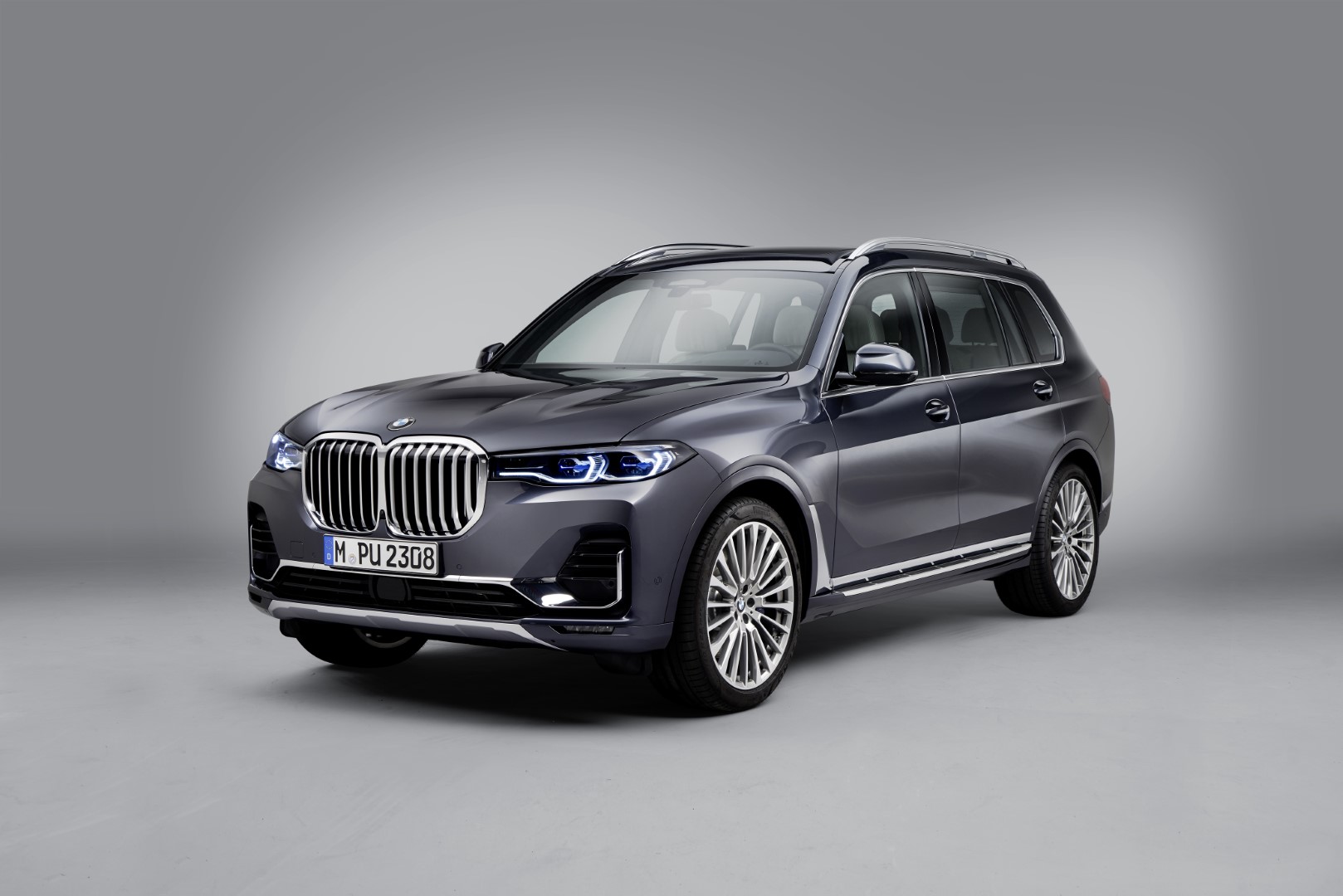 BMW has just revealed its new flagship SUV called the X7. Based on the X7 iPerformance concept which was introduced last year, this vehicle is significantly larger and even more luxurious than the X5. The new BMW X7 will arrive in 2019 offering a range of variants to choose from, but only two options will hit South African shores.

Measuring over 5 metres in overall length, the X7 has a wheelbase that’s over 3 metres long, it’s also 2 metres wide and 1.8 metres tall. BMW says that the X7 offers a unique blend of “presence, exclusivity and spaciousness.” The new flagship SUV is also equipped with the largest kidney grille the automaker has ever had on a production car.

The BMW X7 features adaptive LED headlights on either side of the massive grille. Under the headlights sit air intakes which are in tune with the bulk of the car, and so are the 21-inch alloy wheels which the SUV rides on. Perhaps to add to the commanding look of the car, designers have gone for a relatively flat roof, but that could also just be a way to accommodate the prominent greenhouse trimmed by chrome surrounds. Another one of the many noticeably large components of the car are the rear doors which are quite long.

The X7 also features an electronically operated split tailgate and slim taillights – one feature of the model opposing the rest of the bulky theme.

Inside, the model features a luxurious interior with an elegant blend of leather and, wood and metallic trim. Also featured is a 12.3-inch infotainment display system while the driver will be reading from another 12.3-inch digital instrument cluster. There will also be an option of a 20-speaker Bowers & Wilkins Diamond surround sound system as well as a rear-seat entertainment system with 10.2-inch touch displays. Heated seats, power rear window shades, a heads-up display and heated/cooled cup holders.

Buyers who think that BMW was stingy with standard features can opt for an Active Driving Assistant Professional system with Active Lane Keeping Assistant and Extended Traffic Jam Assistant while there’s also a Parking Assistant Plus package which adds Top View, Panorama View as well as 3D View.

BMW
Share. Facebook Email Twitter LinkedIn WhatsApp Telegram
Previous Article3 Reasons The 2019 Nissan Maxima Will Be The Best Model Yet
Next Article Jaguar XE SV Project 8 Is Even More Insane Than You Think