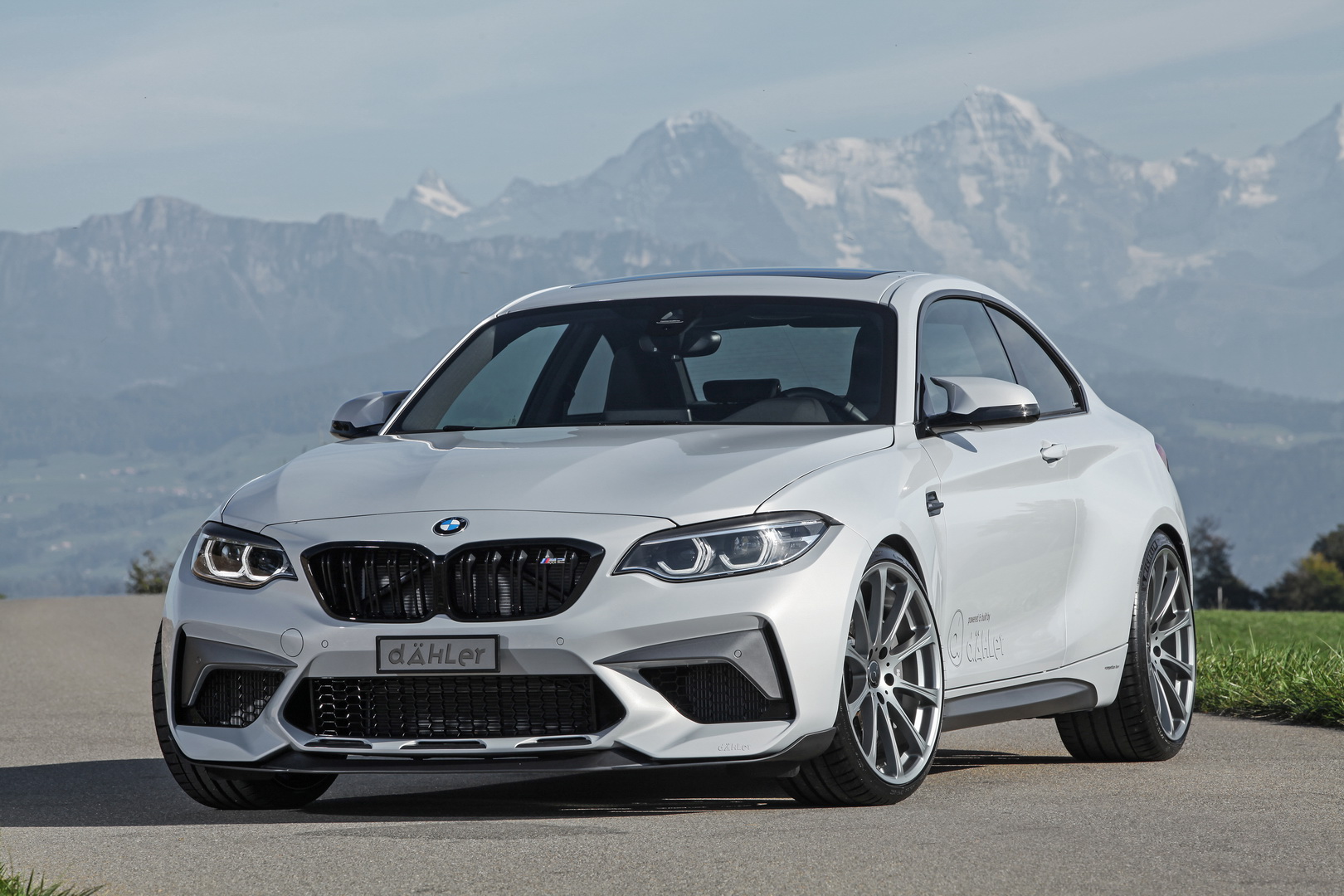 The BMW M2 Competition is so new, tuners have not really had time to tinker with it but Dahler must have got their hand on one of the first units and created a little monster.

It’s called the BMW M2 Competition2, and for a good reason as the Swiss company has already used the Competition moniker in the first M2 in 2016, when they stuffed an S55 engine into it.

The tune included an in-house built stainless steel exhaust system with four tailpipes, said to provide the car with a “sporty-sonorous and unmistakable” sound.

Clubsport coilovers were also fitted for improved handling and, on request, the tuner can throw in a spring set that brings the ride closer to the ground.

Visually, Dahler’s M2 Competition2 is distinguished by a front spoiler lip with side flaps, rear spoiler or rear wing and 9×20-inch front and 10.5×20-inch rear wheels.

For those who plan on participating in track days can order a roll bar and racing seats, which are available at an extra cost.

BMW Dahler
Share. Facebook Email Twitter LinkedIn WhatsApp Telegram
Previous ArticleBMW X3 And X4 M Could Get Over 500 HP Thanks To Competition Pack Offering
Next Article Hyundai i30 N Spotted In South Africa But Not Confirmed For Our Market