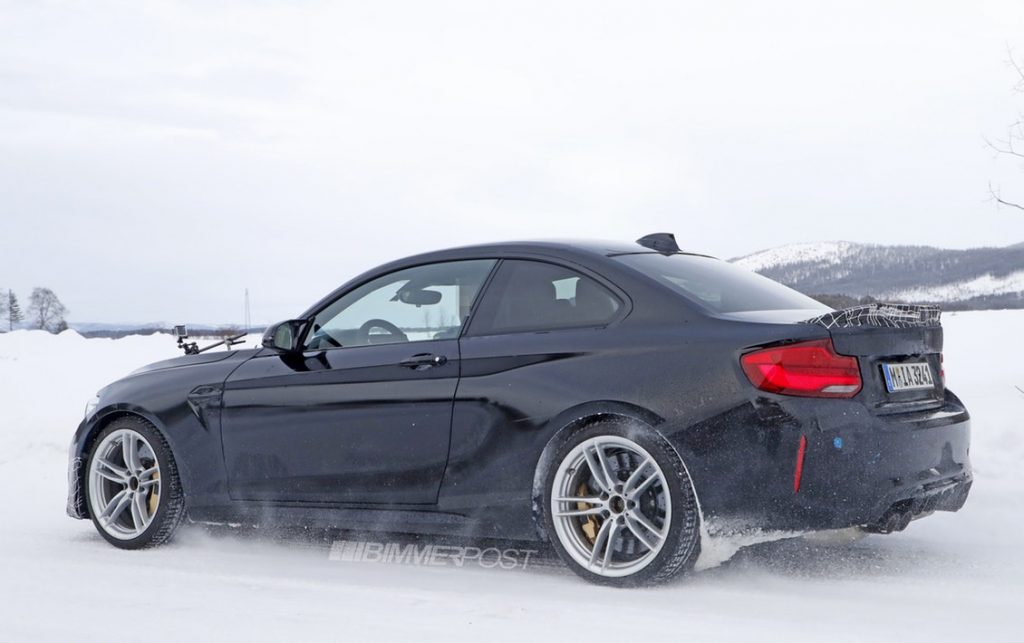 Just last week we saw some new shots of the rumored BMW M2 CS doing some cold weather testing but now thanks to Bimmerpost, we could be looking at something very special on its way.

The post mentions a few key specs about the M2 CS including its name confirmation but if these claims are accurate then it will be quite a lot more powerful than the already potent M2 Competition. In fact, it’s said that the M2 CS will even be more powerful than the M4 Competition Package. This post claims that it will pack a whopping 445 hp (340 kW) from the same 3.0 litre twin-turbo S55 inline-six engine as the M2 Comp.

Thankfully, for enthusiasts, a six-speed manual transmission is said to still be on the table. While more and more BMW’s drop the manual gearbox, the BMW M2 CS is said to retain it, along with the seven-speed DCT.

We need to take all of the above with a pinch of salt as nothing is set in stone until the manufacturer announces something but if the report is accurate then the M2 CS will even get a new color, Misano Blue. That’s an interesting choice for the M2 CS and actually sounds like it would look quite good.

We will keep you posted with any updates and/or changes regarding the hardcore new M2er.