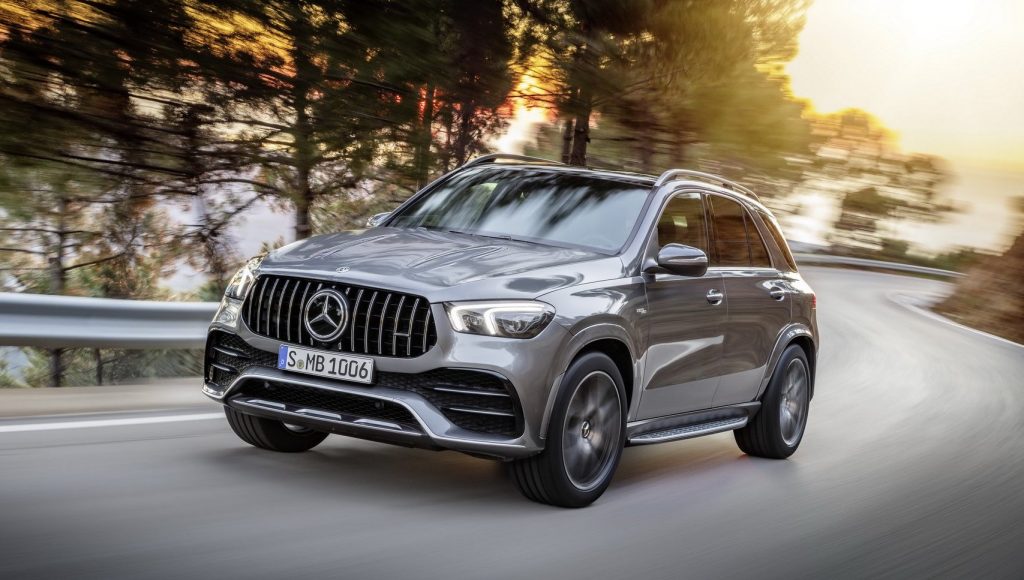 The Affalterbach-based performance division known as Mercedes-AMG revealed their first offering of the new GLE with a mild hybrid powertrain good for 450 hp (336 kW).

Just like the previous 53 models, the GLE 53 4Matic+ has a mild-hybrid 3.0-litre twin-turbocharged inline-six cylinder engine that’s paired with an electric auxiliary compressor.

Just like the regular GLE, the GLE 53 is tricked out with clever air suspension system which incorporates pneumatic self-leveling at the front and rear axles to maintain a constant ride height regardless of the vehicle load. The vehicle’s body can also be raised by up to 55 mm thanks to this system.

Visually you can tell it is the 53 version as it has the typical edgy AMG design and Panamericana front grille. Elsewhere, the SUV includes a subtle rear diffuser and four circular tailpipes.

Buyers of the vehicle will be pleased to know that it comes standard with the Mercedes-Benz MBUX infotainment system meaning there’s a fully-digital gauge cluster and a large central entertainment screen. An AMG Performance steering wheel in black Nappa leather with red top-stitching and aluminum shift paddles is also featured.