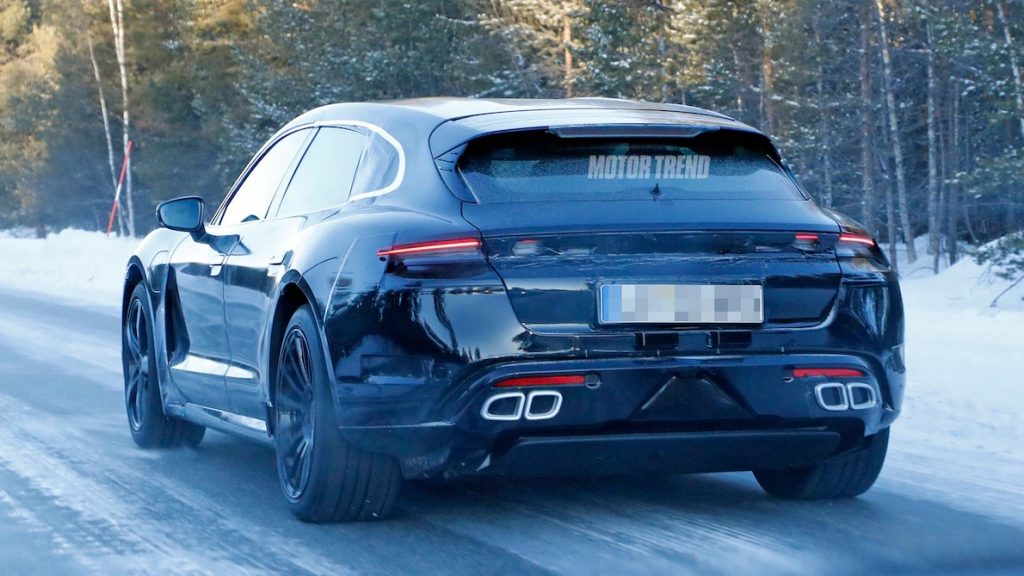 Last year we saw shots of a Porsche Taycan prototype testing with some form of hatch on the back but these new shots from Motortrend clearly reveal a Sport Turismo variant is on the cards.

This prototype actually looks fairly production ready but there is still some work to be done from the C-pillar back. Even so, you can still get a solid idea of what Porsche plans to do. And if you’re a fan of the Panamera Sport Turismo, you’re in luck. The Taycan Sport Turismo looks more or less like a smaller, electric version of the big sports wagon, just without real exhaust pipes.

As for when we’ll finally see the production version, our bet is that it will show up at the Frankfurt motor show in September. After all, that’s where the Mission E concept was first revealed back in 2015.