GFG Kangaroo Is An Electric Hyper-SUV Headed for Geneva 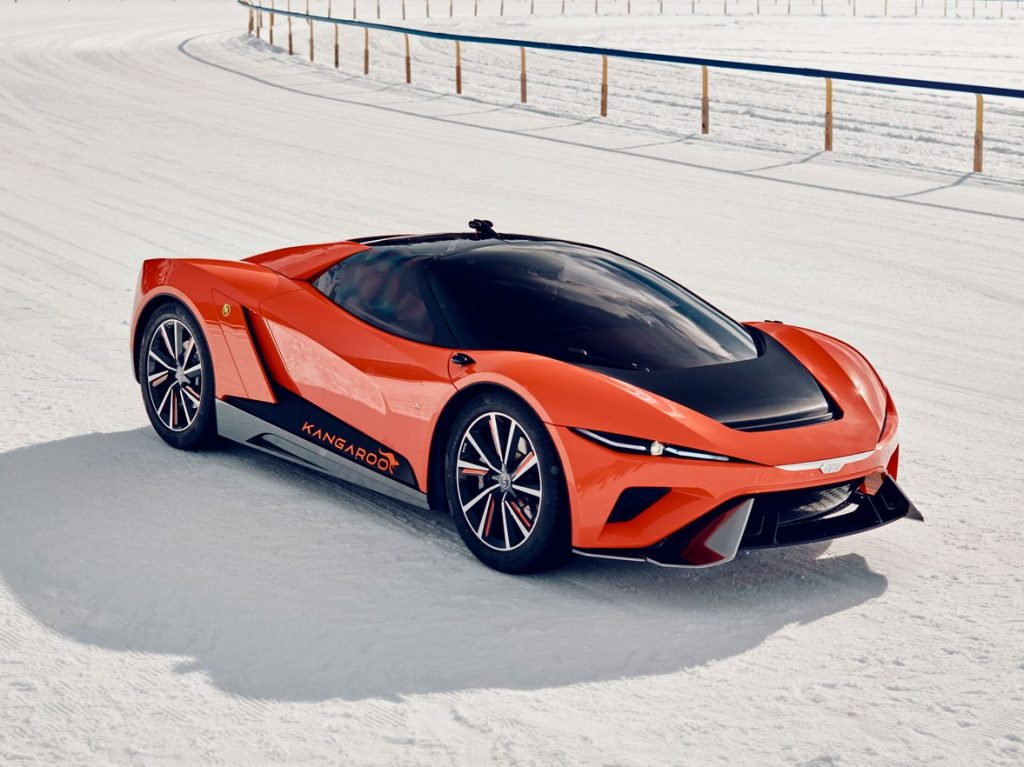 GFG Style is a newcomer to the scene and of course to the Geneva Motor Show but they will be bringing their electric SUV concept called the GFG Kangaroo previewing an odd blend between hypercar and SUV.

The company is the brainchild of Giorgetto and Fabrizio Giugiaro. The former is the designer who began Italdesign Giugiaro. The company that bears his name established itself in the arena of stunning concept cars. It’s wrap sheet has included the BMW M1, Lotus Esprit, DeLorean DMC-12 and even the Volkswagen Golf Mk1.

The GFG Kangaroo is a joint effort with CH-Auto whom provided the drivetrain. Power is rated at 483 hp (360 kW) and 680 Nm of torque which is sent to all four corners via an all-wheel drive system. This allows the SUV to sprint to 100 km/h in just 3.8 seconds and you will get a range in excess of 450 km.

To keep things light, the bodywork is complete carbon fibre with fenders finished in polycarbonate and it sits on an aluminium space frame chassis.

The biggest feature stylistically is the combination of scissor-style doors with a glass gullwing window. The rest looks like a supercar on stilts.

Step inside and you will find two carbon fibre seats and a 3 display dashboard.

The main feature, and where the Kangaroo gets its name, is the suspension system which allows for three configurations with body height variations of 120 mm. In Racing mode the car sits at 140 mm, in Road it sits 190 mm and in Off-road the suspension is raised to 260 mm. The camber of the wheels also varies depending upon the mode. It is a hydraulic system, connected to a fully adjustable 3-way shock absorber. It is possible to disconnect one of the shock absorbers in Racing and Road configuration. In the Off-road version, the shock absorber works uses two springs. Four-wheel steering also aids stability.