Lexus To Reveal The Hot LC F Later This Year 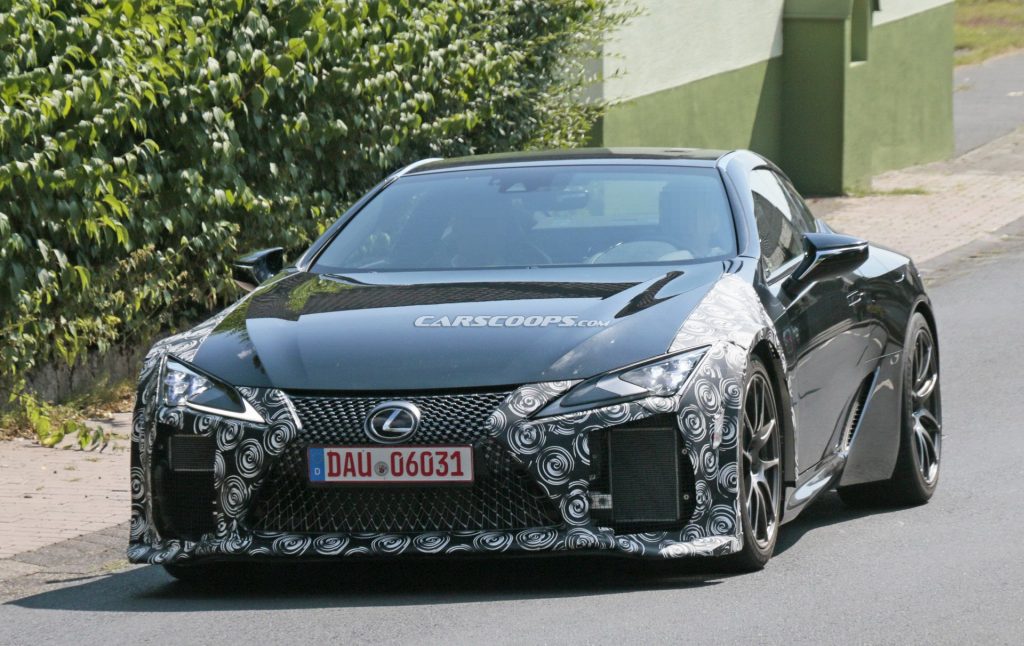 If you want a fast Lexus and aren’t willing to pay a few million Rand for a used LFA (if you can find one), then the best that Lexus offer at the moment is the LC. The LC500 version of the model offers 471 horsepower (351 kW) and 539 Nm of torque from its naturally aspirated 5.0-litre V8. There have been some rumours, however, that a new, faster version of the LC will be coming later this year, should the current range not offer you enough oomph.

Carbuzz recently had a few words with Moe Durand, Lexus’ International Strategic Communications Senior Manager. According to him, “something big is coming to LC this year.” Durand did not disclose any more details about what this would be exactly.

We are quite sure of two possibilities, though. One, is that we are likely to see a performance-oriented LC F as a test mule of some sort has been shown at a recent Lexus event. The second, is that we could be seeing a LC convertible, as was seen in concept form earlier this year.

It is not certain as to what engine the rumoured LC F could feature. Some say it will retain its endangered naturally-aspirated engine but pump out up to 600 horsepower (447 kW), while others report that Lexus is working on a 4.0-litre twin-turbo V8. Another possibility is the use of a hybrid V8 engine, but we’ll just have to wait and see.

Lexus
Share. Facebook Email Twitter LinkedIn WhatsApp Telegram
Previous ArticleModern Ferrari Testarossa Packing A 1000 HP V12 Could Be On The Way
Next Article How to Prevent Your Car from Overheating