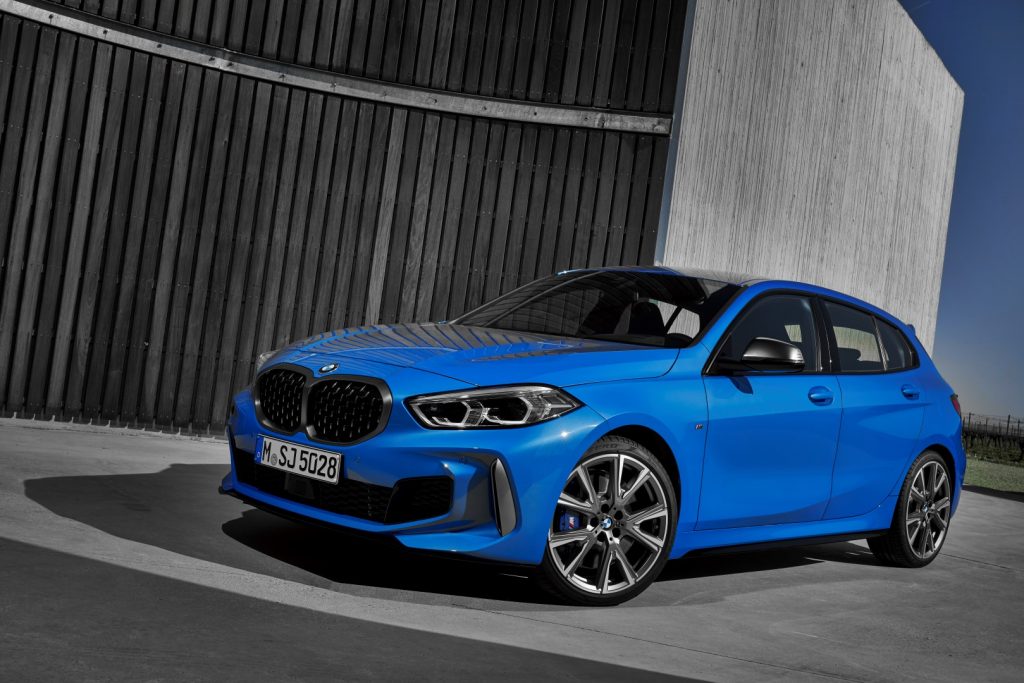 It is not a surprise as it was leaked a few times prior to this but not things are official with the all-new BMW 1 Series revealed as the first 1-Series to be front-wheel drive in 15 years.

Here at Zero2Turbo we are performance-orientated so we will stick to the range-topping M135i variant.

The M135i is powered by BMW’s B48 four-cylinder petrol engine using a single TwinPower (twin-scroll turbocharger) and produces a peak power peak of 302 hp (225 kW) and 450 Nm of torque. All four-cylinder models come with an eight-speed automatic, which is standard on the 120d and M135i. There is no manual option for the M135i which is an unsurprising but still disappointing reality.

Thanks to its combination of all-wheel drive and launch control, it can reach 100 km/h (62 mph) in a brisk 4.8 seconds.

The 120d and M135i models pick up xDrive all-wheel drive as standard, but it’s a front-biased system, like a Haldex, and will send at most only 50 percent of the power rearwards. All models, regardless of their driven wheels, pick up a brake-actuated ‘virtual’ limited-slip differential, aside from the M135i, which features a mechanical LSD.

Up front, there is an enlarged kidney grille and a pair of sharp headlights placed diagonally on the fascia. The rear incorporates a set of sleek LED taillights and in the M135i guise (pictured), it includes a subtle diffuser and twin tailpipes.

BMW says that the new design and shape of the 1-Series has allowed it to significantly boost interior space. Rear passengers now enjoy an extra 19 mm of headroom, 33 mm of additional legroom, and 13 mm of elbowroom. Additionally, the new car features 380 liters of cargo space, 20 liters more than the outgoing model. Rear cargo space increases to 1200 liters with the rear bench seat folded down.

The all-new BMW 1 Series will be available in South Africa in the third quarter of 2019. Only the BMW 118i and BMW M135i xDrive will be offered from launch in South Africa with local pricing and specifications to be confirmed in due course.