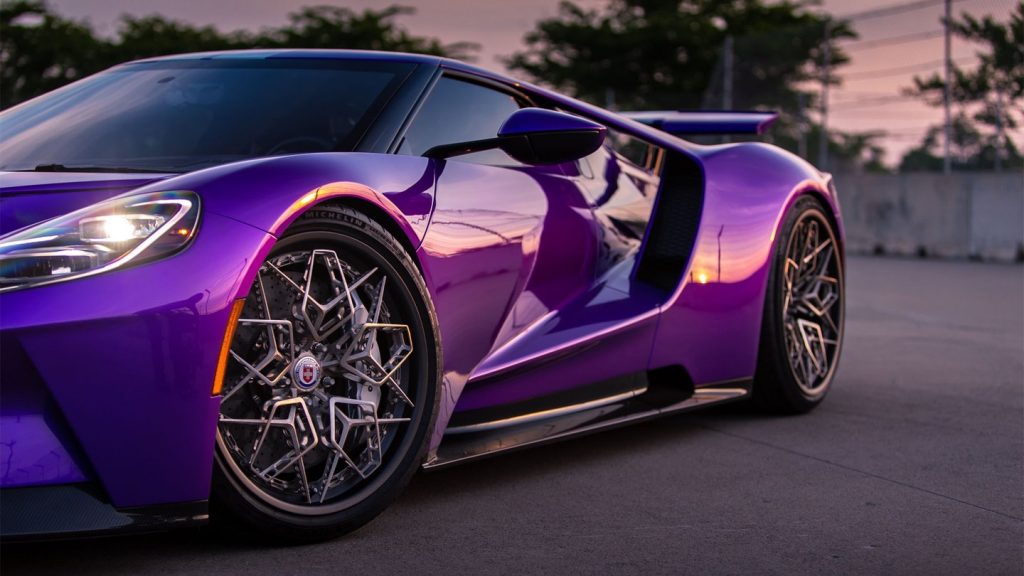 Six months ago we shared the news that HRE were developing the worlds first 3D-printed titanium wheels and now they have developed a new, second-generation HRE3D+ wheel.

To show them off they fitted a set to IndyCar driver Graham Rahal’s dazzling purple Ford GT.

Since we first heard about them they have been working closely with General Electric’s additive manufacturing division to refine the offering and it is rather impressive.

The first generation used a process called Direct Metal Laser Melting which works by melting ultra-fine layers of titanium powder on top of one another. Eventually, a solid and complex shape takes form to make up the final product.

This time around they switched to a more refined method of printing called Electron Beam Melting. This fused-fabrication process works by using a 3,000-watt or 6,000-watt electron-beam gun to melt the titanium powder whilst in a high-temperature vacuum environment. The end result is a component that has been stress-relieved and has a higher hardness than both cast and wrought alloys by a factor of nearly two.

One of the biggest benefits of this process is the reduction of waste. The first process they used resulted in 80 percent of the raw titanium going to waste but this has been obliterated to just 5 percent. The wheels are now less complex and weigh less too. Each wheel comes in at just 16 pounds (7.2 kg) for the 20-inch and 19 pounds (8.6 kg) for the 21-inch option.

HRE
Share. Facebook Email Twitter LinkedIn WhatsApp Telegram
Previous ArticleThe Audi TT Is No Longer And Will Be Replaced By A Sporty EV
Next Article Someone Taking A Risk By Selling Their Porsche 935 Build Slot For R24 Million

HRE3D+ Are The First 3D Printed Titanium Wheels In The World