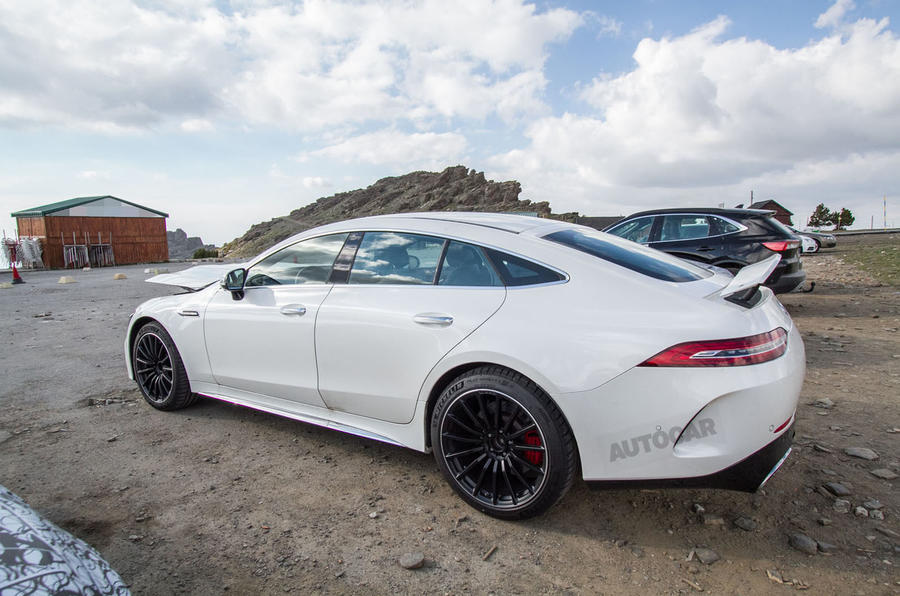 If the current Mercedes-AMG GT 63 S 4-Door Coupe is not powerful enough for you, then you might want to wait a little longer as they are preparing to launch its most powerful model yet next year: a plug-in hybrid version.

It could be called the Mercedes-AMG GT 73 4Matic+ after a trademark application for the name was applied for and if rumors are to be believed, the petrol-electric range flagship is expected to put out around 800 horses (597 kW), if not slightly more.

As you can see in the spyshots below, there is another prototype undergoing testing and a closer look under the bonnet reveals a complex electrical system which is almost certainly that used by an electrified powertrain.

According to Autocar, the photographers who took the images also claim the test mule drove away silently on electric power.

It will likely pack AMG’s twin-turbocharged 4.0-litre V8 petrol engine which will work together with an electric motor on the front axle, giving a combined system output which Moers claims is “up to 600kW” (805 hp).