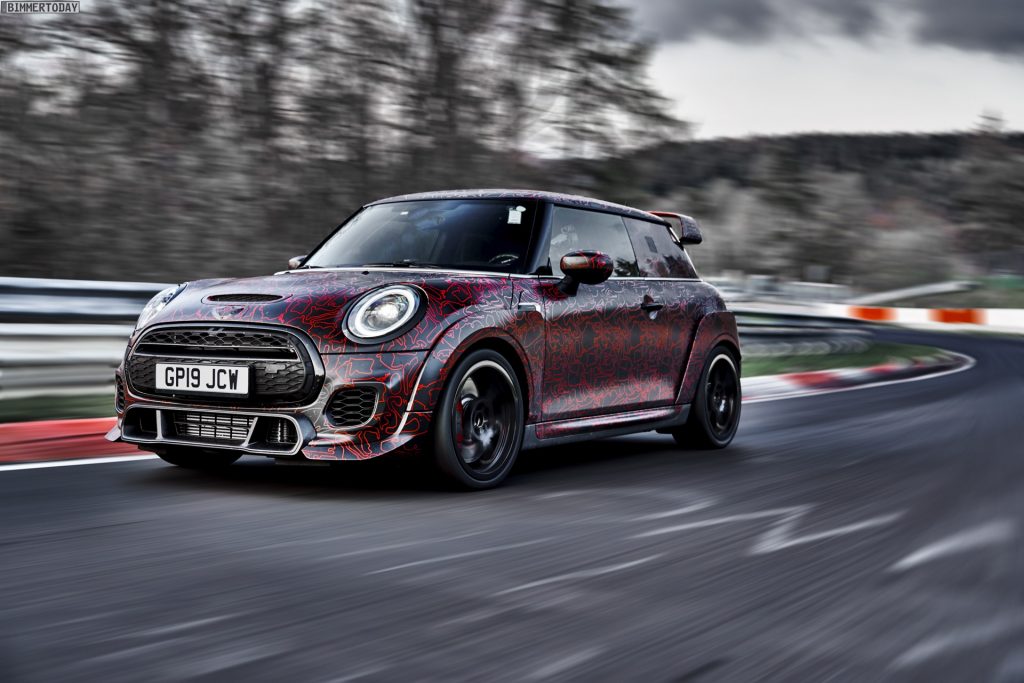 The infamous Nürburgring Nordschleife is regarded as the most demanding race track in the world and has become an increasingly important marketing tool in recent years and now MINI has announced that their new John Cooper Works GP has lapped it in 7:56:69.

That is a very clear statement that the new MINI John Cooper Works GP wants to be perceived as a true sports car and not just as an overpowered city car.

It will be lighter, stiffer and more agile than any other MINI on the road making it a proper little track machine. It also gets a ton of aero, such as its funky fender flares and massive rear wing so it will both look awesome and go like hell.

Thanks to the 2.0-litre turbocharged four-cylinder that makes 300 hp (224 kW), it is one of the most powerful MINI’s to date.