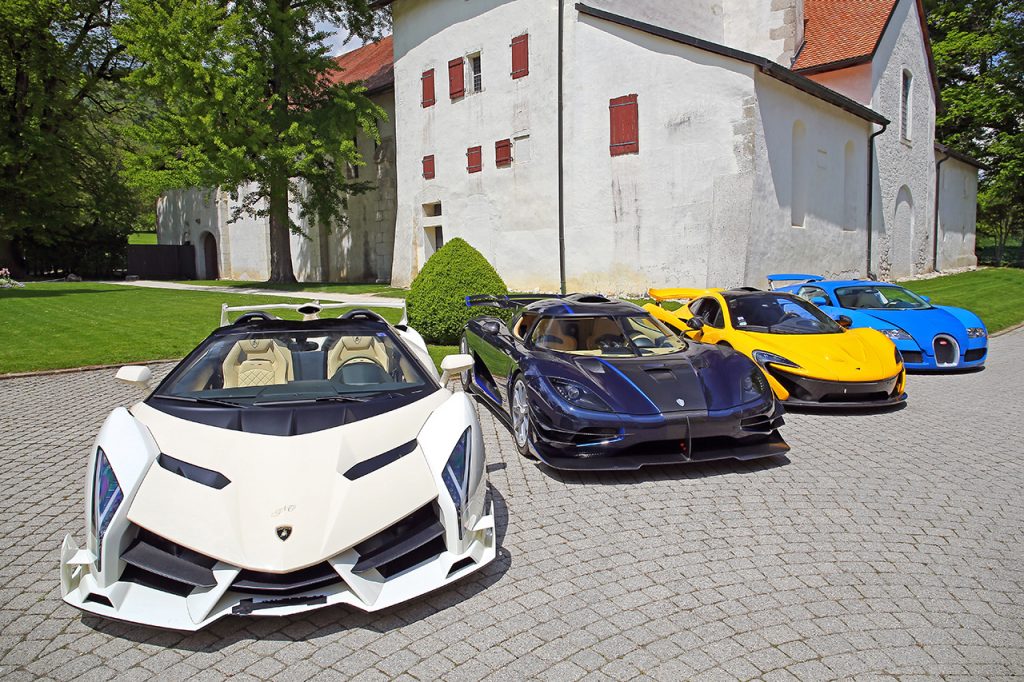 According to a recent report on GTSpirit, Bonhams announced a new auction, to take place at the Bonmont Golf & Country Club in Switzerland, which will facilitate the sale of a staggering collection of hypercars amassed by Teodorin Obiang.

The cars were seized by Swiss authorities in 2016 as part of an investigation into the embezzlement of Equatorial Guinea’s state funds.

The collection includes a white Lamborghini Veneno Roadster, a Koenigsegg One:1, a McLaren P1 and a Bugatti Veyron. A collection of 25 cars will apparently hit the auction block with news sources suggesting that these will include models from “Bentley, Maserati, Mercedes-Maybach, and Porsche”.

The rarest and most valuable of them, the Lamborghini Veneno Roadster is one of only nine such roadsters made and has just 202 miles on the clock. It’s estimated to sell for €4.5-5 million. The Koenigsegg is an extreme take on the Agera and dubbed as the world’s first mega-car (thanks to its megawatt of power) has just 370 miles on it, and is projected to sell for €1.6-2 million.

The collection is expected to exceed $13 million with proceeds headed towards social programs back in Equatorial Guinea.