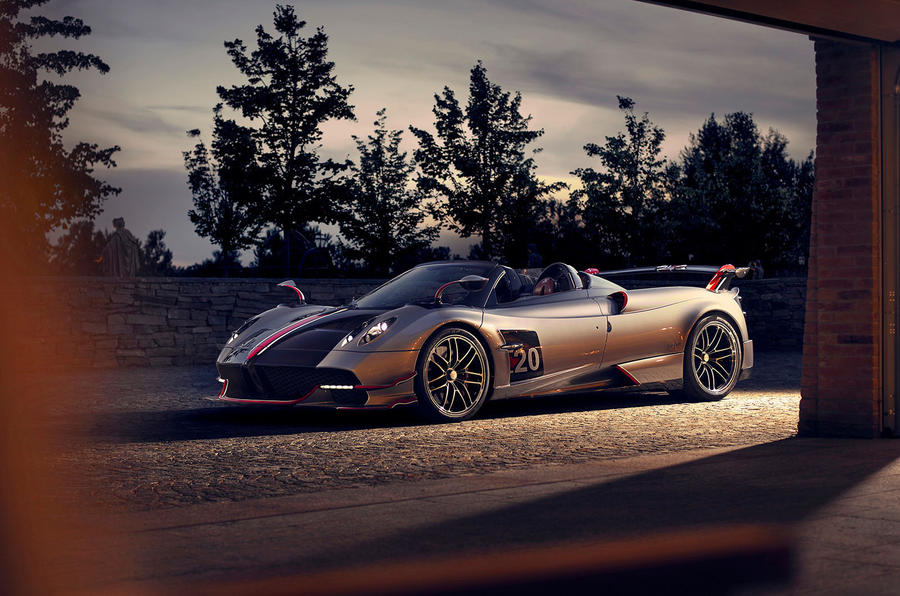 At long last, the Pagani Huayra BC Roadster has been revealed and as expected it is automotive art.

Pagani claims this new Roadster was an “unprecedented, technical challenge” due to the need to provide maximum performance, a track-like driving experience, and slashing excess weight.

The centrepiece of the Pagani Huayra BC Roadster is a dramatic new engine. The 6.0-litre V12 power unit has been reworked for the BC Roadster, producing more power than ever before. The headline figures include 800 hp (597 kW) and 1,050 Nm of torque from 2,000 rpm. Mercedes-AMG has reworked the twin-turbochargers, fitted a new hydroformed manifold, throttle bodies and four water to air intercoolers. The new engine complies with all of the latest international emission standards.

Of course, being a BC variant, some weight has been shed and since it tips the scales at 1,250 kg, it is 30 kg lighter than the ‘regular’. Power is transferred to the tarmac by an Xtrac transverse seven-speed sequential gearbox.

Aerodynamics have been tweaked for the BC Roadster with a re-designed rear wing. The stems are mounted away from the edge of the wing with the wing taking on a slightly concave shape. The front bumper gains slight modifications to the front air intakes and a set of redesigned, larger, canards.

The side skirts are also an improvement over the BC Coupe. They resemble the simplistic design on the original Zonda. The rear fascia has been redesigned with a smaller rear diffuser. The traditional quad exhausts are angled higher. Emissions mean that Pagani has had to incorporate two further exhausts into the rear diffuser.

Of course, the excesses of the Pagani Huayra BC Roadster come at a cost. That cost is a cool $3.4 million (base price). Just 40 examples have been scheduled for production and if history is anything to go by, they are all already spoken for.