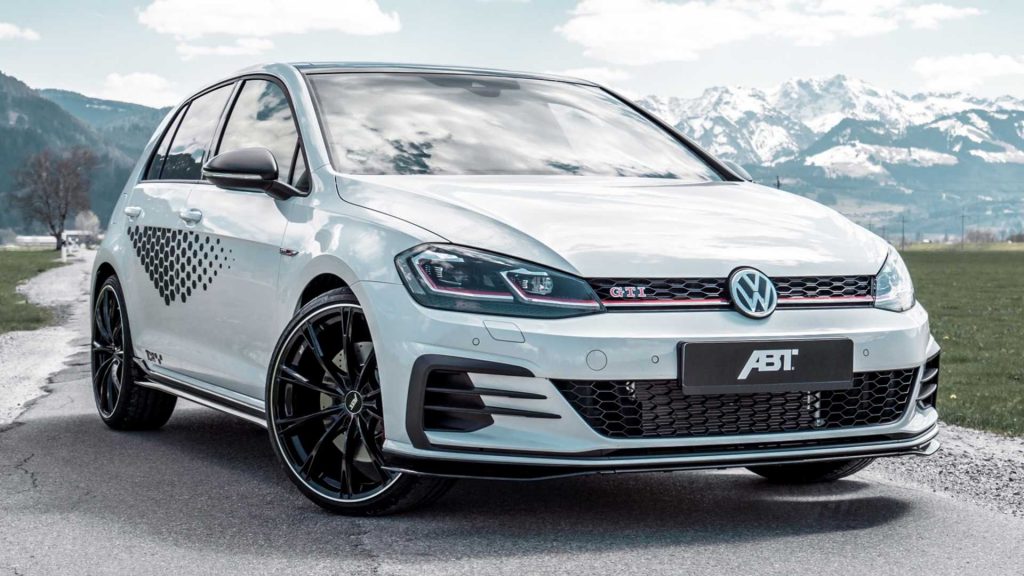 As the years went by, the horsepower count gradually grew and eventually hit an impressive 306 hp (228 kW) in the limited-run Clubsport S special edition. Fast forward to current times, ABT decided to extract even more power and got its hands on the more recent track-focused TCR version.

As usual, they don’t just fiddle with the engine performance but also throw in a height-adjustable suspension kit and custom springs, while anti-roll bars are also part of the package.

If you’re not happy with the Golf GTI TCR’s alloy wheel designs, ABT has a larger 20-inch set finished in glossy black to make the Volkswagen hot hatch look a bit more special.