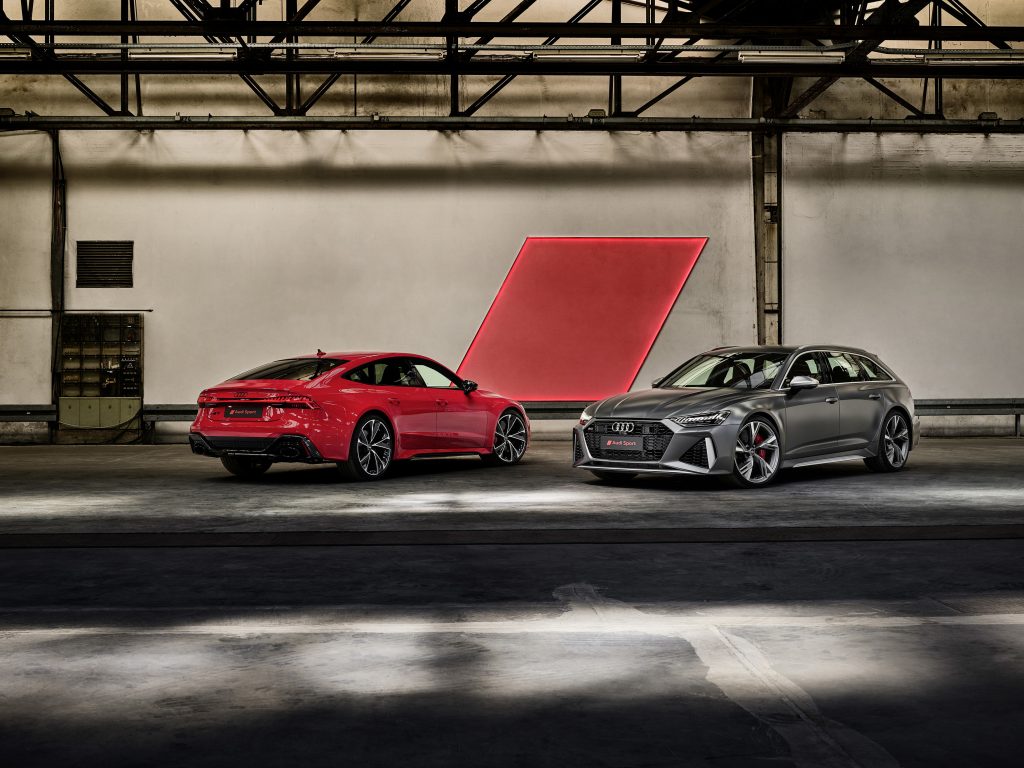 The new Audi RS 6 Avant and RS 7 Sportback pack 591 horses (441 kW) which is plenty grunt for most individuals but in this crazy world of uber-high-performance luxury cars, there is no such thing as too much power.

We just mentioned that the next-gen RS 4 will receive a plug-in hybrid powertrain but it sounds like the “Performance” variants of the above-mentioned machines could get a substantial power hike thanks to the same plug-in hybrid treatment.

At a roundtable with US media, Audi Sport co-managing director Oliver Hoffman said “In the future, we will have plug-in hybrid technology in our RS portfolio,” adding that they would represent a step beyond the basic RS cars. He didn’t say which RS models would go plug-in, but it’s fair to guess that the RS 6 and RS 7 will get the treatment.