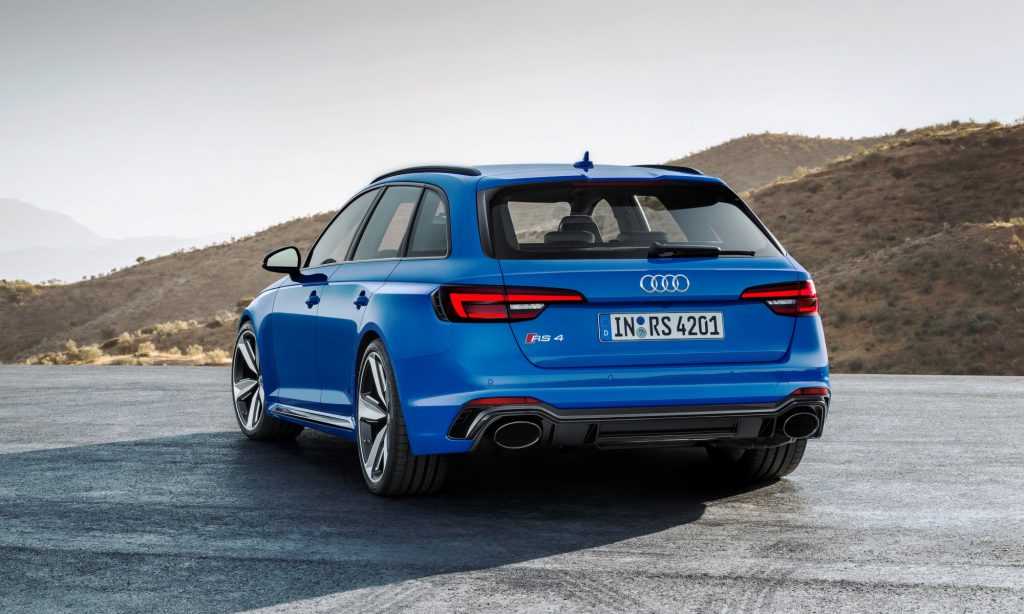 In addition to the several changes set to take place in the Audi Sports line up, not so long ago it was reported that the Ingolstadt skunkworks will start planting diesel engines in some of their S models, but they have also announced that the next iteration of the RS 4 Avant will gain an entirely different powertrain, one that features a plug-in hybrid setup.

In an interview with Autocar, Audi Sport managing director Oliver Hoffmann announced that the next version of the performance wagon will benefit from a plug-in hybrid powertrain. According to Hoffmann, this strategy comes in effort to reduce emissions while boosting performance simultaneously. However, hardcore fans of the German brand shouldn’t hold the breath on the next-generation RS 4 as the current model is yet to go through its mid-cycle update.

Although according to Autocar, we will have to wait until the early years of the next decade for an electrified Audi RS 4 Avant, the current model will undergo a facelift before the end of the year. Adding to the recently revitalized A4 stable, the RS 4 Avant facelift retains the familiar 2.9-litre twin-turbo V6 engine which is currently known to produce 444 hp (331 kW) and 600 Nm of torque. As a reminder, this powerplant propels the current estate car to 100 km/h from rest in just 4.1 seconds and onto a top speed of 280 km/h so we can expect quite similar figures for the facelift version.

Those familiar with Audi will know that the automaker has already penetrated the world of hybridisation with the recently revealed RS 6 Avant and RS 7 Sportback featuring a mild-hybrid setup. Furthermore, Hoffmann told Autocar that the third generation of the automaker’s supercar, the R8 will also undergo some form of electrification.

It is quite clear that Audi’s performance division is going through some major alterations. In addition to the existing nameplates adapting to electrification, the automaker is adding more SUVs to its line up, this does not only include an SQ8 but also full-on RS versions of the Q3 and Q8 SUVs.