Is This Porsche Panamera ‘Lion’ Hunting A Nürburgring Record? 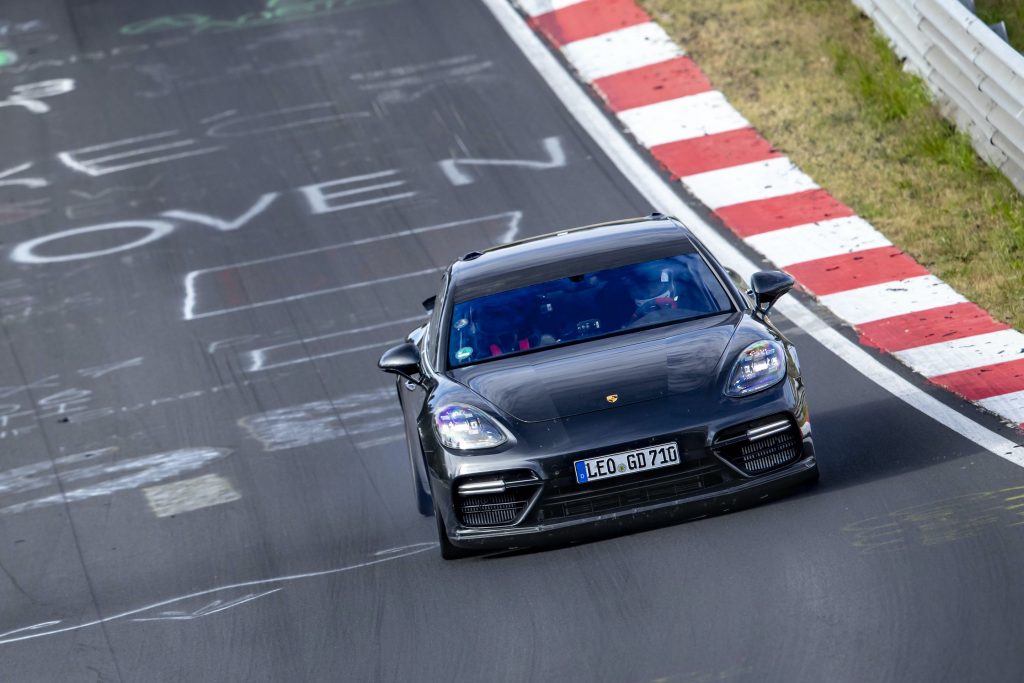 A few weeks ago we reported on a mystery Porsche Panamera prototype lapping the ‘Ring and now according to GTSpirit, this is a car created by a small internal project team and set to prove the racing potential of the Panamera – as a celebration of the model’s 10th anniversary.

The team dropped 250 kg from a Panamera Turbo by getting rid of the interior panels, electric massage seats and all the damping material. In went a new roll cage as well as a racing driver’s seat and a passenger seat taken from the 718 Cayman GT4.

Originally we reported that this Porsche Panamera variant internally called “Lion” would pack as much as 820 hp (611 kW) but if the new report is accurate, then the twin-turbo V8 will ‘only’ produce 750 hp (560 kW).

The Panamera Lion reportedly lapped the infamous circuit in 7 min and 11 seconds which means they missed their target* by just 1 second but means it is a whopping 27 seconds quicker than the series production model.

*We are assuming the number plate on the prototype suggests their target time.

Porsche
Share. Facebook Email Twitter LinkedIn WhatsApp Telegram
Previous Article14-Year-Old Steals Subaru Before Crashing Into Lamborghini Urus in Australia
Next Article Advantages of a Used Car Over a New One