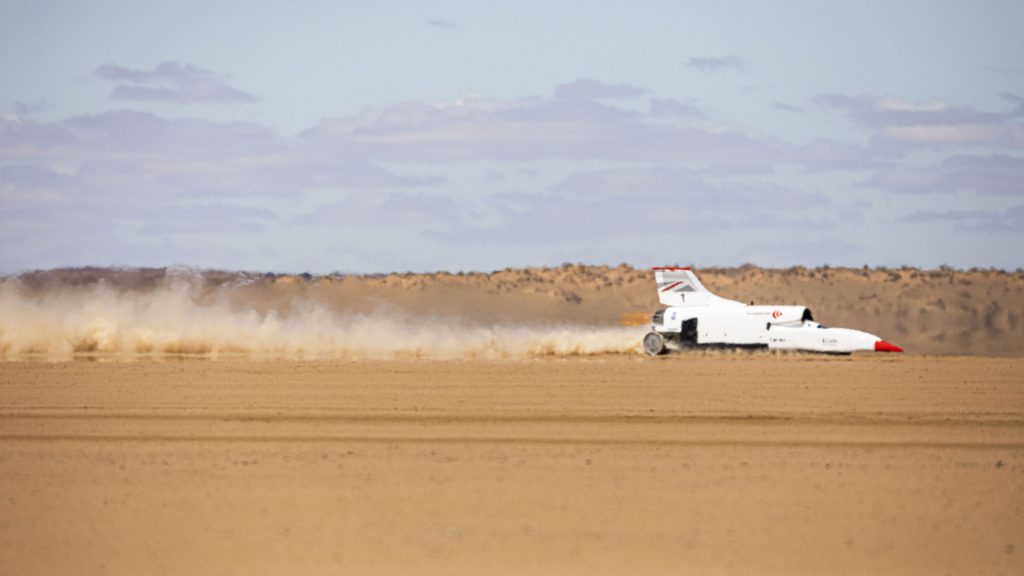 The Bloodhound LSR team has been doing their session of tests at the Hakskeen Pan in South Africa in their chase to beat the current land speed record for a steerable car, 763 mph (1,227 km/h).

This was set by British fighter pilot Andy Green in 1997.

For this speed, the Bloodhound LSR relied solely on jet power. To go even faster, the streamliner will employ a rocket. The team will use data from this first test to calculate the drag experienced by the car on each run, which is critical in determining the size of the rocket needed to surpass the record.

“The stability and confidence the car gives me as a driver is testament to the years of world class engineering that has been invested in her by team members past and present,” Green said. “With all the data generated by reaching 628 mph, we’re in a great position to focus on setting a new world land speed record in the next year or so.”