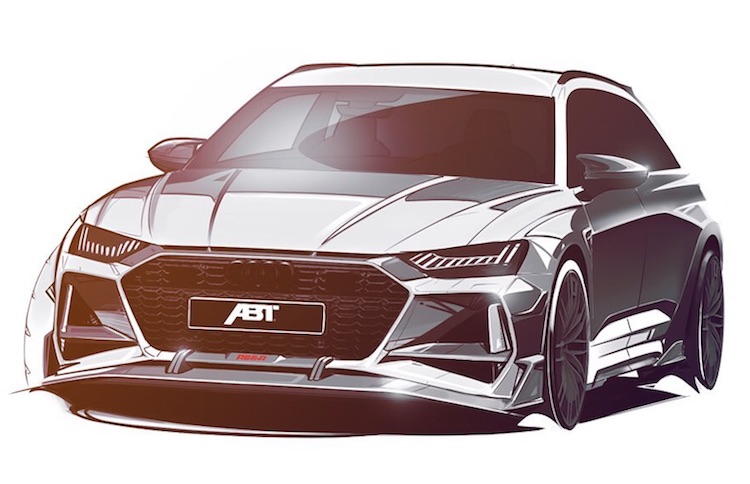 ABT Sportsline is not wasting any time on the new Audi RS6 as they took to social media to share the first design sketches of the upcoming RS6-R.

It is rumoured to pack as much as 750 hp (560 kW) and as expected will look a lot more aggressive with an updated body kit.

The sketches show an even more angular design with carbon fibre components sprinkled all over the front, sides and rear.

ABT has replaced the two large oval exhaust pipes with ‘regular’ double exit exhausts which will more than likely sound ferocious.

It will likely be revealed fairly early next year so don’t write off a Geneva reveal in March.