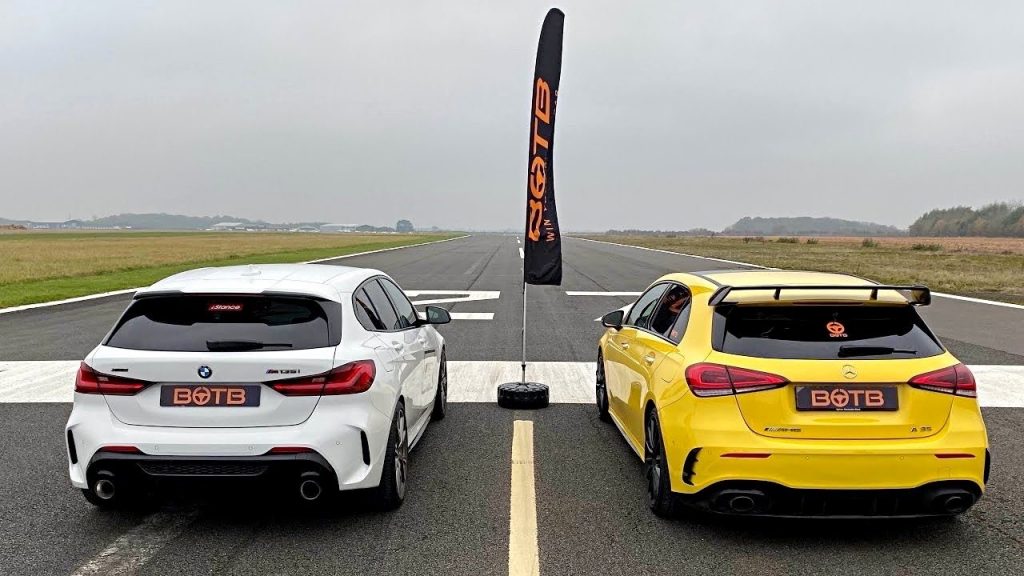 Having seen the BMW M135i xDrive beat the Mercedes-AMG A35 in a drag race already, it is always good to see another attempt just to make sure.

Both cars pack a very similar amount of power but the Bimmer has 50 Nm of torque on the AMG which seems to be the deciding factor.

There were two standing start races and, even though the BMW M135i xDrive had a bad start the second time around it still managed to beat the AMG. The rolling race was a bit closer though.