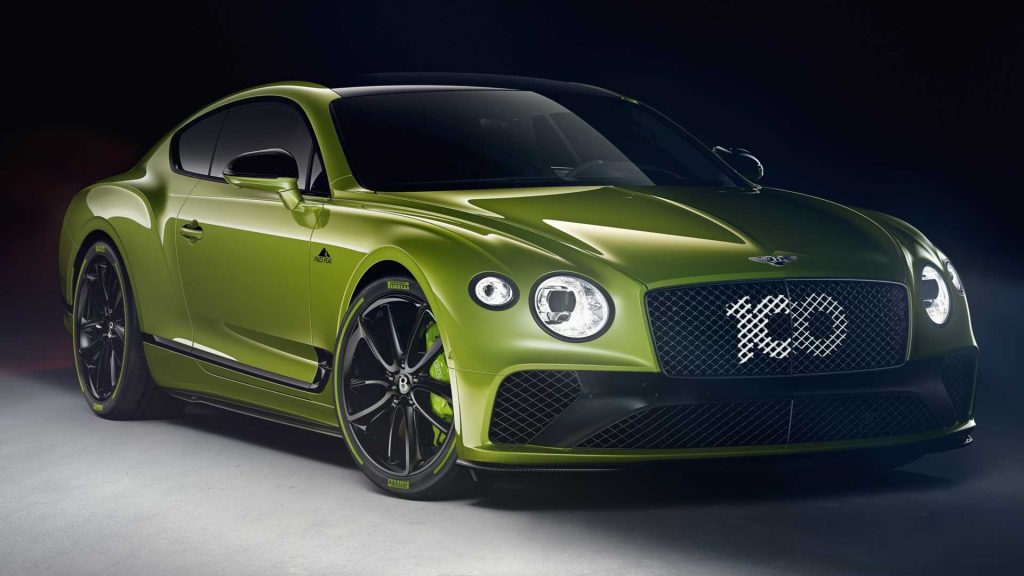 Earlier this year, Bentley set a new Pikes Peak record for a production car in their Continental GT so now they have decided to celebrate with a limited edition model.

Just 15 units will be made worldwide so seeing one will be very rare but highly enjoyable as we think it looks superb.

It is distinguished by a carbon fibre body kit and eye-catching Radium by Mulliner paintwork, mirroring the colour scheme used on the record-breaking car. Gloss black detailing has also been added to the front lower bumper inserts, roof panel, wing mirrors and rear surfaces. Although nothing was said in the press release, it looks like you can order it in a gorgeous gloss black finish too (see images below) which contrasts the bright green accents to perfection.

The beautiful green hue also shows up on the tyres thanks to the Pirelli P Zero Colour Edition tyres that wrap around 22-inch Mulliner Driving Specification wheels which in turn cover some Acid Green brake calipers.

Customers can also specify an optional “100” in the grille in recognition of the automaker’s centenary year.

Inside you will find a mix of Alcantara and Beluga leather upholstery with Radium green stitching for a bright contrast. Pikes Peak embroidery appears on the headrests and each of the 15 vehicles has a different section of the Pikes Peak course as a graphic on the passenger side of the dashboard.

“The new Limited Edition Continental GT is distinguished by a number of carefully curated features to honour that outstanding record run. It reflects Bentley’s spirit of endeavour, one that has been a constant throughout the last 100 years and remains at the beating heart of the company.” said Chris Craft, Member of the Board for Sales, Marketing and Aftersales at Bentley Motors.

Will we see one of these in South Africa? We sure hope so but so far nothing has been confirmed.